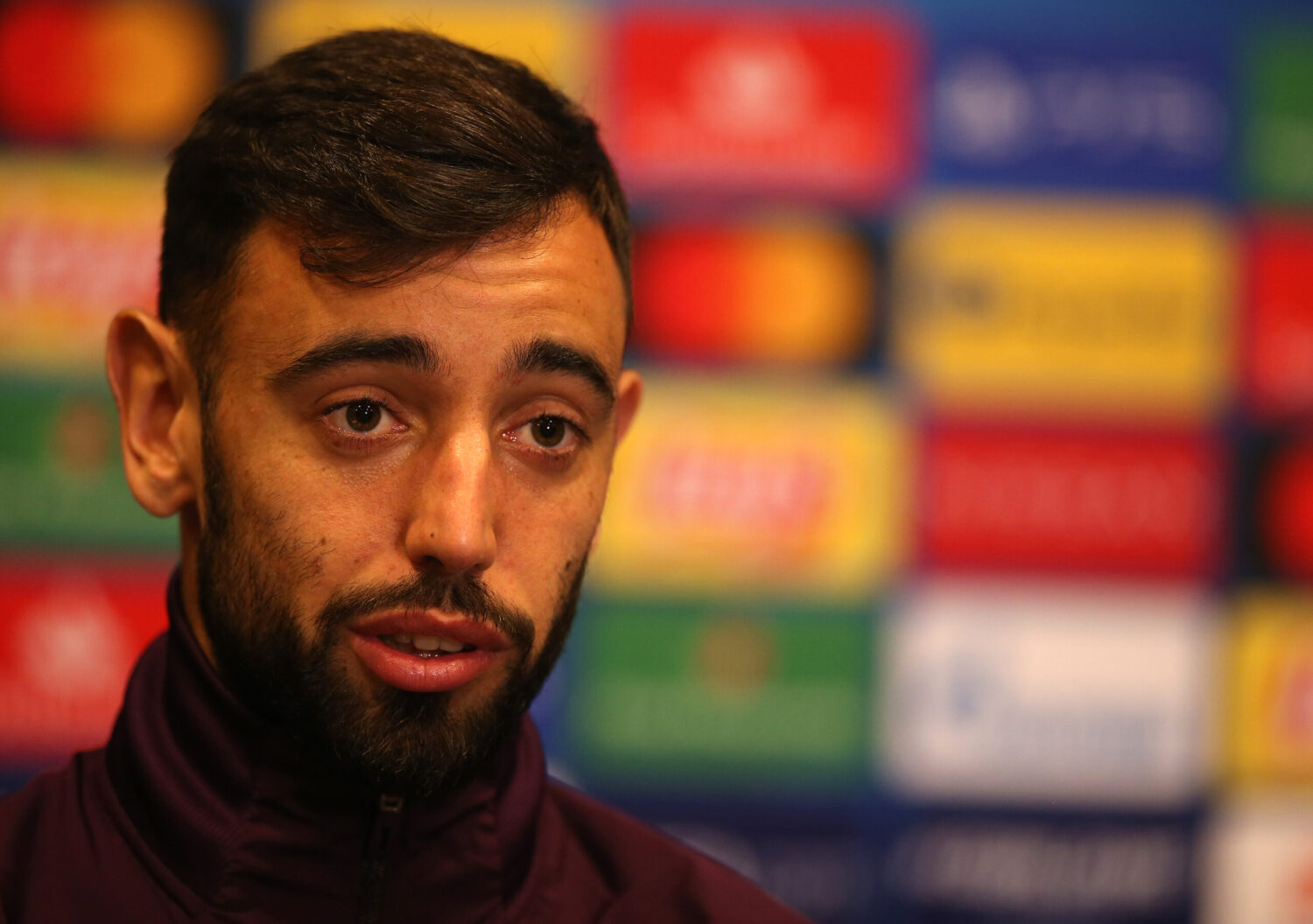 With the news that Harry Maguire hadn’t travelled with United to Paris for what is undoubtedly the side’s biggest game of the campaign so far, Solskjaer was forced to look elsewhere for his captain.

To many United fans, Bruno Fernandes had already proved himself worthy of the honour – not just because of the obvious talent he possesses, but for the all-round character he’s brought with him to Old Trafford.

It seems unlikely that the manager wouldn’t have broken the news to Bruno beforehand, however his reaction in last night’s press conference didn’t seem like that of a man fully in the know.

The news comes not long after the Portuguese star slammed false reports that he had ‘lost faith’ in Solskjaer following United’s heavy defeat to Tottenham.

“There’s been a lot of speculation about that,” the midfielder told Sport TV (via Goal).

“I believe it is a way to destabilise the group. What was said is in no way true.

“I was replaced at half-time, it is true, by technical option. The coach told me that the game was almost over and that we would have a lot of games ahead of us. Got it. I was not satisfied but said nothing that could harm the group.”

“Do not use my name, my colleagues or the coach to make trouble at Manchester United,” he added.

Fernandes starred again in his side’s 4-1 victory over Newcastle, despite losing out on his 100% penalty record the playmaker made it 2-1 in the 86th minute, finishing off a stunning team goal.