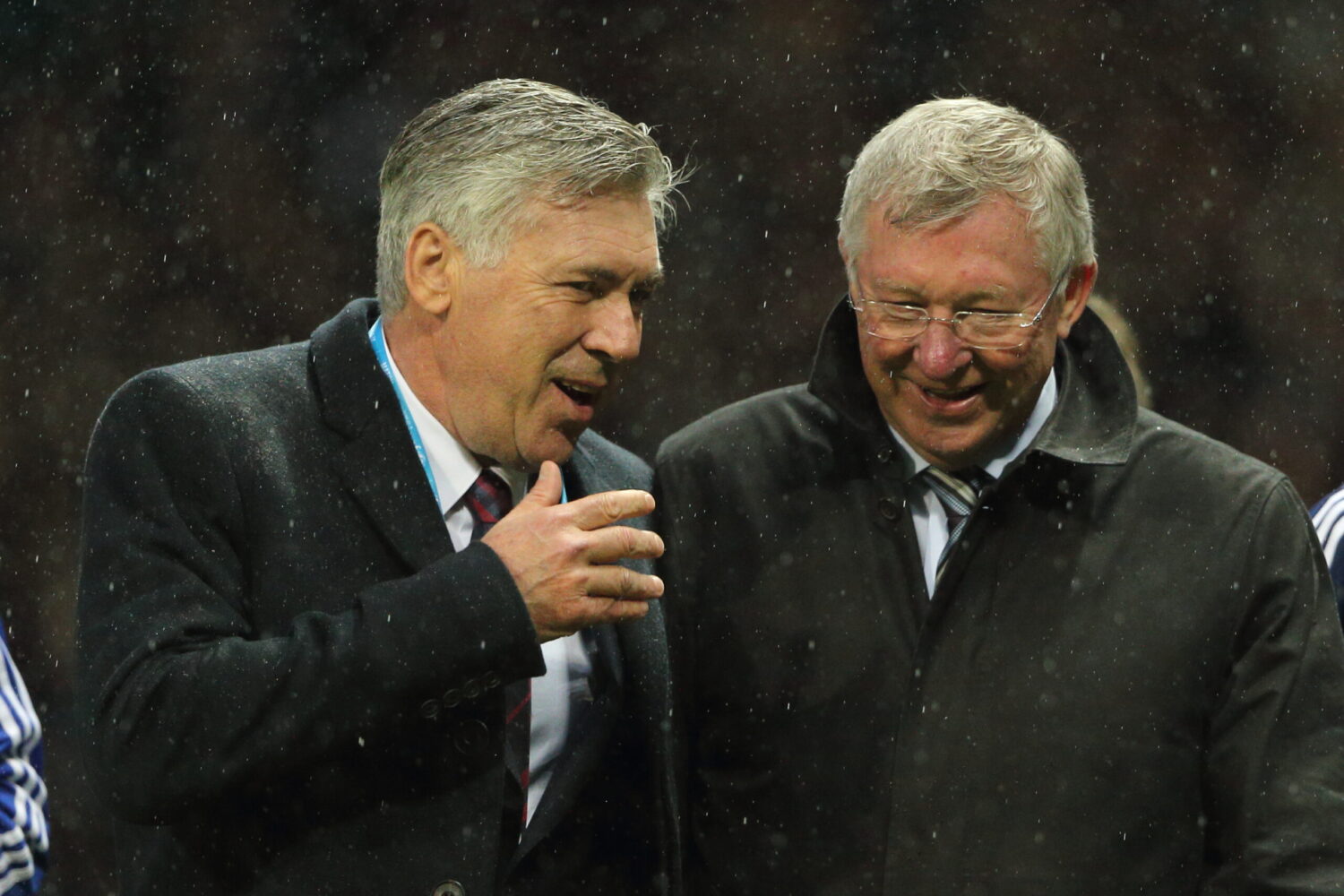 Carlo Ancelotti is doing a stellar job at Everton, bringing some of that Italian swagger that has cemented himself as one of the greatest managers to grace the touchline.

One of only three managers to have won the Champions League on three occasions, twice with AC Milan, once with Real Madrid, it’s no surprise that Ancelotti has always been a man in demand.

Ahead of Everton’s Carabao Cup meeting with Manchester United, Ancelotti has revealed that he actually met with Sir Alex Ferguson about the upcoming Old Trafford vacancy.

“You want to know from me [about coaching at Man Utd]?!“ Ancelotti said.

“I can say that I still keep a fantastic relationship with Sir Alex, and we met when he decided to stop (retire).”

“But I was close to Real Madrid, and so I appreciate the fact that at that time he talked to me. And that’s it, no other opportunity [to manage United].”

Instead the club brought in David Moyes to succeed Sir Alex, lasting just ten months before being sacked.

Ferguson revealed in 2015 that Ancelotti was on a list of potential managers that included Jose Mourinho, Jurgen Klopp and Louis van Gaal.

“It became apparent that Jose Mourinho had given his word to Roman Abramovich that he would return to Chelsea and that Carlo Ancelotti would succeed him at Real Madrid.” he wrote.

How different things could have been, eh?