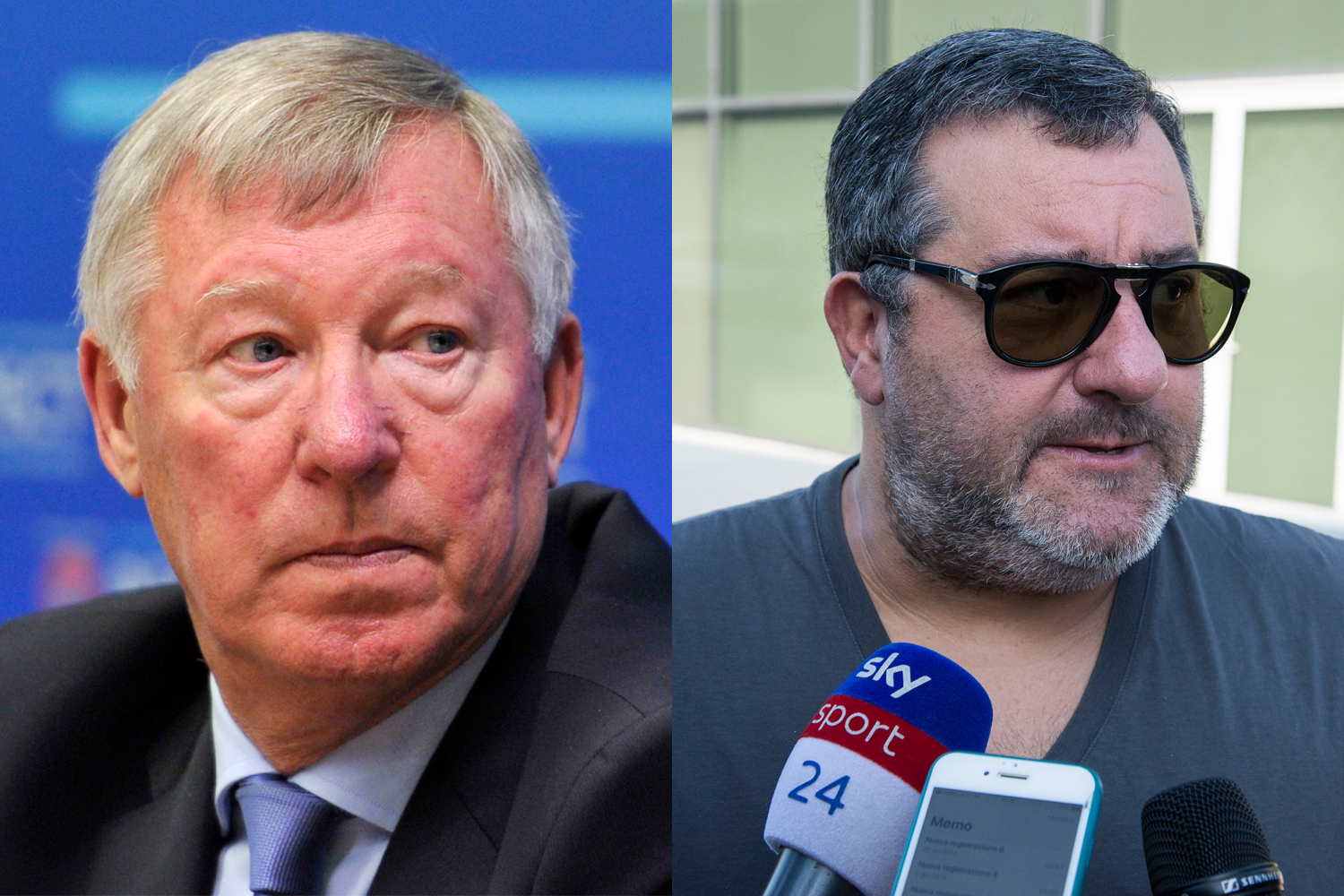 Mino Raiola was up to his old tricks yesterday, making another unavoidable statement about Paul Pogba on the eve of arguably United’s biggest game of the season.

Speaking to Tuttosport, the agent announced that this would be Pogba’s final year with the club, despite his contract running until 2022.

While his comments grabbed the headlines he was clearly after, the outburst hardly comes as a surprise, particularly to United fans who are all-too-familiar with Raiola’s way of working.

That attitude was summarised perfectly years ago by Sir Alex Ferguson, who has spoken about his disdain towards the agent on multiple occasions. However one exchange in 2012, in which he was asked why the club were unable to hold on to Pogba, is particularly blunt.

Sir Alex insists that the club wanted to keep hold of the midfielder, however he had “a bad agent, a sh*tbag.”

Sir Alex Ferguson on Mino Raiola in 2012: "Paul Pogba? He just had a bad agent, a sh*t bag." #MUFC pic.twitter.com/is6oVGOIJk

Ferguson also warned United about the agent in his 2015 book.

He wrote: “There are one or two football agents I simply do not like, And Mino Raiola, Paul Pogba’s agent, is one of them.

“I distrusted him from the moment I met him. He became Zlatan Ibrahimovic’s agent while he was playing for Ajax, and eventually he would end up representing Pogba, who was only 18 years old at the time.

“We had Paul under a three-year contract, and it had a one-year renewal option which we were eager to sign. But Raiola suddenly appeared on the scene and our first meeting was a fiasco.”

“He and I were like oil and water. From then on, our goose was cooked because Raiola had been able to ingratiate himself with Paul and his family and the player signed with Juventus.”

Raiola’s comments didn’t just come on the eve of a crunch Champions League game, it comes in a week that also features the Manchester derby.

“Paul is unhappy at Man Utd, he can’t manage to express himself like he wants to and like people expect him to.” the agent explained.

“He needs to change team, he needs a change of scenery. He has a contract that will expire in a year and a half, in the summer of 2022, but the best solution for all parties is a transfer in the next (summer) window.

“Otherwise the Old Trafford club, which I have a great relationship with, knows well that they would risk losing him on a free transfer, given that at the moment it’s not the player’s intention to extend the contract.

“If anybody can’t understand this, then they know little or nothing about football. Anyway, they’re free to direct all the blame to myself if Paul were to leave next summer.”