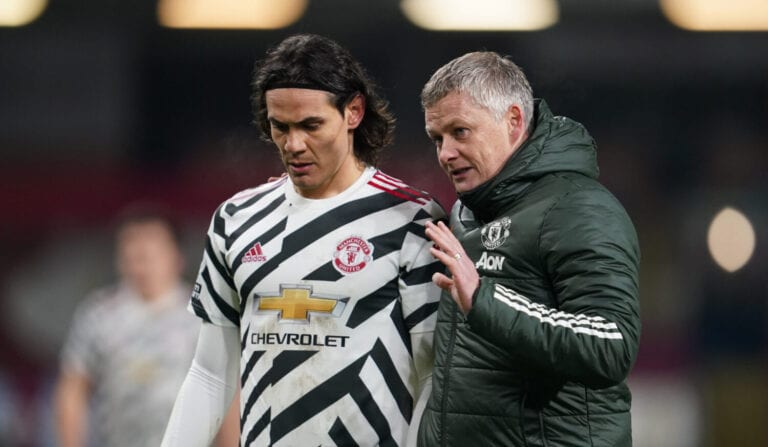 Manchester United striker Edinson Cavani has posted on Instagram for the first time since his father said that the Uruguayan did not feel comfortable in England.

The 34-year-old signed for United on a free transfer in the summer from Paris Saint-Germain, and has so far impressed in English football.

Manager Ole Gunnar Solskjaer said that the club has been “very pleased” with Cavani since he arrived in Manchester.

But comments from the 34-year-old’s father, Luis, have thrown his long-term future at the club into doubt.

Speaking to TyC Sports (via Sky Sports), he explained: “We have always gone to visit him and he’s played in some beautiful cities where he’s been made to feel very welcome.

“But he doesn’t feel comfortable where he is at the moment.

“He has been thinking about being closer to his family for over two years now and that is the reason why I think Edi will end up playing for a club in South America.”

Luis added: “We’ve spoken to Edinson and he’s always leant towards Boca Juniors because he’s had so many conversations with [manager Juan Roman] Riquelme about it.

“I know he’d like to play and be nearer to his home country, so that we can all be in closer proximity.”

On Instagram, the former PSG striker posted an image of him in a United shirt, pointing towards the badge on his chest.

He captioned the image: “Proud to wear this shirt.”

The Uruguayan has scored seven goals in 25 appearances this season, including vital strikes in Premier League victories over Everton, Southampton and Fulham.

His most recent goal for the club came in a 3-3 draw in the reverse fixture against the Toffees at Old Trafford.

He then missed four games through injury in February, as well as the Manchester Derby last weekend.

And his father indicated that the ban had a negative effect on his son.

“He’s set on coming back because there are things that sometimes annoy you as a human, such as what happened to him, with the three-game suspension over nonsense,” he stated.

“We always use that word over here. We aren’t racist.”

When available, the 34-year-old has undoubtedly made a fine impact at United.

Time will tell whether he stays at Old Trafford beyond this season.