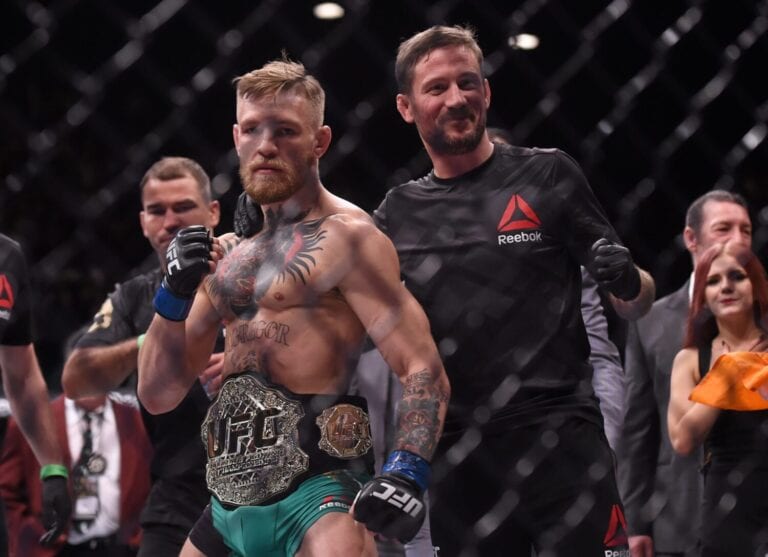 The mixed martial arts world, and Conor himself, is still reeling from the Irishman’s defeat to Poirier at UFC 257. The TKO defeat tied their series at 1-1 and brought McGregor crashing back down to earth following his emphatic win over Cowboy a year before.

There’s a lot that can be said for what went wrong, but there’s just as much to praise about Poirier’s performance. From his chin, to his boxing to the calf kicks, ‘The Diamond’ put on a real show on Fight Island.

Return of the Mac

The aforementioned Kavanagh has been with McGregor every step of the way on this MMA journey. Now, with his back against the wall, John has explored to BT Sport where they need to improve.

“We have to fix that technical detail, which is not like having to fix everything, it’s fixing a small enough area. Get that back into the whole game, not going in with a sort of with a boxing mentality. Going in with an MMA mentality.” 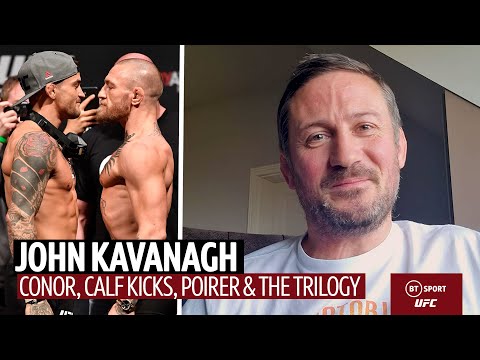 “Conor was always famous for his movement, his ability to change stances – his bounce, as he would say. We got to bring that back,” Kavanagh said.

“It’s there, it’s under the hood, it’s not skills that have to be learned or relearned. They just have to be reignited.

“We have already started that process. So wouldn’t it be great to do it again in the summer, maybe in Vegas in front of 20,000 screaming people, if we can get the world back open again?”

Given how things panned out in the last fight, a trilogy bout seems like a logical next move for both fighters and offers a fascinating prospect.

This next camp will be all about getting back to basics for the Irishman, who won’t want a repeat of the inactivity that no doubt affected him last time out.