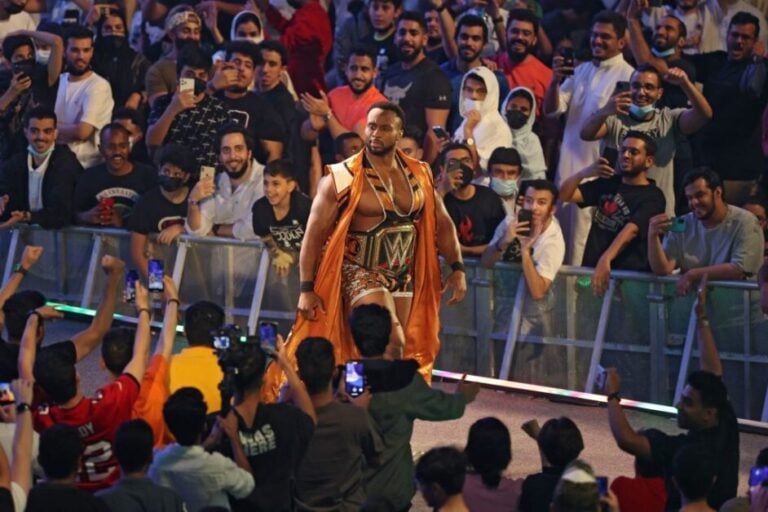 Big E has suffered a colossal fall from grace since his stint as WWE World Champion, which has angered the likes of Cesaro.

Big E is one of the most popular superstars in the entire promotion. The charismatic American has captured the hearts of fans and become a well-liked member of the dressing room.

The popular athlete joined the company in 2012 and worked tirelessly to pursue his dreams. He picked up the Intercontinental Championship and formed one-third of the legendary tag team, ‘The New Day.’ But despite his outstanding work with Kofi Kingston and Xavier Woods, he had to wait six years to get his chance to shine.

In 2021, the former powerlifter emerged victorious in the ‘Money in the Bank’ ladder match. And just one month later, he sneakily cashed in the contract to defeat a vulnerable Bobby Lashley after going through a draining battle against Randy Orton.

The 285-pound monster’s victory catapulted him into the stratosphere. He became a mainstream star and even introduced Tyson Fury and Deontay Wilder for their massive trilogy fight. He made several defences against names like Drew McIntyre. But despite an astonishing 12 months, he couldn’t have started this year any worse.

On January 1, he lost his title via pinfall to Brock Lesnar in a brutal fatal five-way. But unlike most former champions, he never received a rematch.

Since then, he’s rejoined the New Day and faded to the undercard.

The locker room is not happy with Big E treatment

According to ITR Wrestling, the 35-year-old’s spiral down the rankings has angered his colleagues. Many expected him to set out on the road to Wrestlemania at the Royal Rumble. But he failed to eliminate a single competitor before being unceremoniously hurled over the top rope by Orton.

Wade Keller of PWTorch has reported that the ‘de-push’ of the likeable star has gone down poorly amongst the rest of the locker room.

“I’ve asked around, and all I’ve gotten is people who are really upset, you know, with the rug being pulled out from under him; and I haven’t heard anything about there being an awareness of an issue with him, and I think the people I have asked would know.

“But, I mean, one person just described him as a magnificent human being who doesn’t deserve this treatment.”

Read: WWE fans debate the greatest Hell in a Cell matches of all time

One superstar who appears to have confirmed the disgruntlement is Cesaro. The former United States champion liked the tweet of Fox Sports’ Ryan Satin. The analyst voiced his opinion on Big E’s shocking loss to ‘The Lethal Lovers’ on February 11.

He said: “WWE essentially taking Big E from WWE Champion to losing in the opening match to an up-and-coming tag team is so disappointing. The guy did everything right, had his reign written poorly, and now it’s like he’s being punished for it, even though the bad part wasn’t his fault.”

The conclusion to drop a popular competitor like Big E down the bill seems strange. But fans can only hope that the company realises his worth and reinstalls him as a bonafide main eventer in the future.