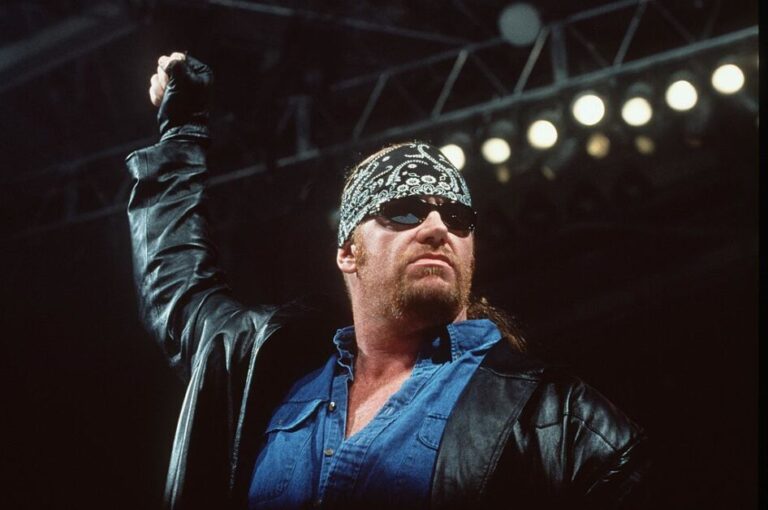 The Hell in a Cell match is one of the most popular match types amongst WWE fans.

It always excites fans with its unpredictable nature. Therefore it comes as no surprise that the public is divided on which match deserves the accolade as ‘the greatest of all time’.

The dangerous contest involves competitors smashing each other into the steel wiring until they’re eventually submitted or pinned. Some competitors even do battle on top of the structure. This brutality has engaged the WWE Universe since the inception of the cell in 1997.

The Undertaker and Mankind initially popularised the match. The two legends found themselves on top of the cell itself before the match even officially got underway.

They launched punches back-and-forth until Foley began to beat ‘The Dead Man’ with a chair. But as he often does, The Undertaker rose to his feet. In an astonishing moment, he launched his opponent off the roof. The crowd – and commentators Jim Ross and Jerry Lawler – recoiled in horror as Mankind fell five metres before landing straight through a table. This solidified the contest as the stuff of legend.

Of course, this isn’t the only significant battle to go down inside the infamous cell. In 2004, Triple H and Shawn Michaels went toe-to-toe in an epic war of attrition. The former friends utilised tables and ladders as they desperately tried to secure the victory.

But it seemed neither man was willing to give in. Even Michaels’ infamous ‘Sweet Chin Music’ wasn’t enough to finish his opponent off. However, in the end, ‘The Game’ landed a ferocious pedigree to emerge from the contest as the victor.

Read: This Brock Lesnar workout will help you start 2022 right

Which other WWE Hell in a Cell matches have stood out?

In the 24 years of its existence, the incredible PPV has astonished fans with its devastating nature. But with over two decades worth of selection to choose from, it’s no surprise that the fans disagree.

The WWE Universe has taken to the r/wwe subreddit to debate which one is the greatest of them all.

One user recalled when two of the company’s most fearsome wrestlers met in the steel structure. He wrote: “Brock vs Taker 1 is the best ever IMO.”

Whilst another argued: “Edge vs Taker. Severely underrated for the story that was told. It was a great way to end their long feud.”

The debate is rife. But there’s another that isn’t. It appears that The Undertaker is everybody’s number one competitor inside the infamous cell.

Another fan chose the titanic battle between Kane and ‘The Deadman’ for the World Heavyweight Championship at Hell in a Cell 2010.

Although some fans are concerned that WWE is yet to announce a date for the Hell in a Cell PPV in 2022, they may feel some consolation because they don’t have to wait very long until the next big occasion.

On Sunday, January 30, the Royal Rumble goes down in St. Louis, Missouri. 30 men and 30 women will enter the two showpiece matches at the event, but only one in each will be crowned the winner and earn a major WWE title match at WrestleMania.

Mick Foley rates his most painful moments in the WWE

Mick Foley rates his most painful moments in the WWE