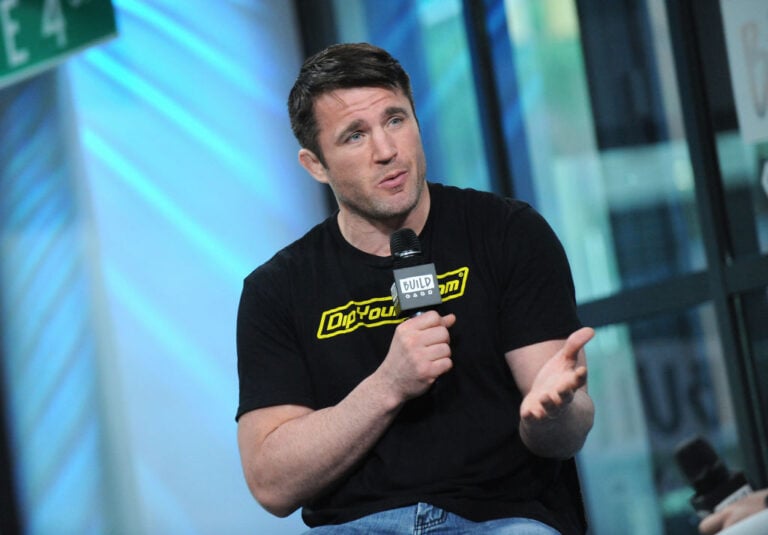 Chael Sonnen and Conor McGregor are two of the greatest trash talkers of all time. But that hasn’t prevented the ‘American Gangster’ from taking aim at the Irishman this week.

During his ESPN + show, The MMA veteran made some deprecatory comments regarding a video that McGregor posted to his Twitter account. The post featured ‘The Notorious’ pacing intently in front of his TV screen as Max Holloway fought Yair Rodriguez on Saturday night.

But why was the former world title challenger so annoyed?

What did Sonnen say?

The self-proclaimed ‘greatest ever’ is hugely concerned about McGregor, and he certainly had no problems making his feeling abundantly clear.

“Conor is on the verge of being a little rich weirdo,” Sonnen said. “It’s the last thing I wanted for him, but if you mark out for your own gimmick to this extent – he’s posting things and then he’s deleting them – I’ve got to give the troll effort 100 percent.”

“As a former troll myself, I get it. If there’s a UFC that you didn’t step foot at, and you didn’t throw a single punch, and you can steal a headline on ESPN+, you’re doing something well. But in all fairness, Conor is not going to step in there with Max anymore than he was going to step in with the guy last week, the week before that, or whoever he pulls out of his hat next week. He has got to heal himself.”

“There’s talk of Dustin Poirier, who’s already smashed him twice. In all fairness, Conor is still a big draw, but he’s working against himself. He is being a weirdo. Is this what he wants as his identity – a guy that’s walking around with his shirt off, screaming at his television set? Come on. When you were 22-years-old, that was one thing, but as a husband and a father, you’re a little bit of a dork.”

The American couldn’t resist a war of words with his trash-talking adversary, and consequently, the pair of mavericks have been going back and forth on social media.

The 44-year-old demanded an apology from the controversial Irish star before the quarrel reached its conclusion.

The UFC phenomenon has been controversial throughout the entirety of his career. But in recent times, his actions have become more concerning. In 2018 McGregor launched a metal dolly at a bus window, smashing it in the process in an attempt to anger Khabib Nurmagomedov.

In 2019, the 33-year-old pleaded guilty to assaulting an elderly gentleman in a bar in Dublin, and was fined £860.

However, in 2020, it looked like things had turned around for the biggest star in the sport’s history. He returned to action for the first time since losing against Nurmagomedov and looked spectacular. It took McGregor just 40 seconds to dispose of Donald Cerrone via ground and pound.

The Dubliner had a new image; the old trash-talker had gone. In addition, he’d developed a more respectful persona. However, that facade dropped after his second loss to Poirier at UFC 264. During the Louisiana native’s celebrations, the Irishman sat on the canvas with a broken tibia, threatening Poirier’s family.

Where is he now?

Read: Conor McGregor’s next fight: 5 potential next opponents for ‘The Notorious’

Since the loss, McGregor has been involved in yet more scandal. In just over a month, he has allegedly been involved in two more physical altercations. TMZ claimed that rapper Machine Gun Kelly declined to take a selfie with the multi-weight star at the 2021 MTV Video Music Awards, which prompted a scuffle between the pair.

McGregor, however, later claimed to Entertainment Tonight that “nothing happened” between the pair.

Italian musician Francesco Facchinetti filed a criminal claim against McGregor last month, claiming that the Irishman punched him in the face and broke his nose.

Fans of ‘The Notorious’ can now only hope that their hero can fix the errors of his ways and return to his former glory when he returns to the Octagon.