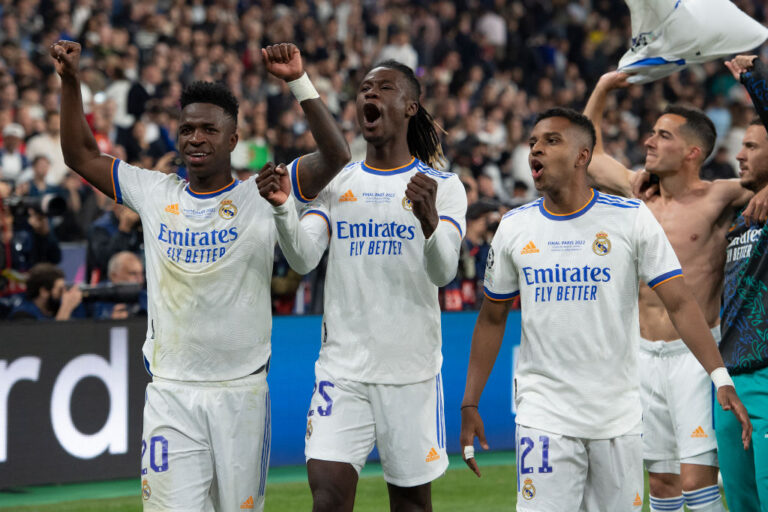 The 2021/22 Champions League season is now over – so why not try out our quiz on the key moments, players and statistics from the competition?

Real Madrid secured their 14th European Cup trophy, beating Liverpool 1-0 in the final. Vinicius Junior scored the only goal of the game, as the Spanish giants added a third trophy to their haul for this season.

It was an unconventional route to the final for Carlo Ancelotti’s side. However, they certainly made it work in the end. Real trailed after the first leg in each of their knockout games against Paris Saint-Germain, Chelsea and Manchester City. However, in true Real Madrid style, they turned it around in the second leg.

Their performance in the final may not have been the most attractive in terms of style, but it was effective. Real’s defensive display was rock-solid. Thibaut Courtois won the player of the match award for his nine saves, including two crucial stops to deny Mohamed Salah and Sadio Mane.

The final capped off a Champions League campaign which, typically, has been full of thrills, spills and drama. A total of 80 teams from 54 different associations entered the tournament, which was then filtered down to 32, and all the way to just Liverpool and Real Madrid, who contested the final in Paris.

Take our quiz to test your knowledge of the key players, moments and statistics from the 2021/22 Champions League season – and let us know how you got on: