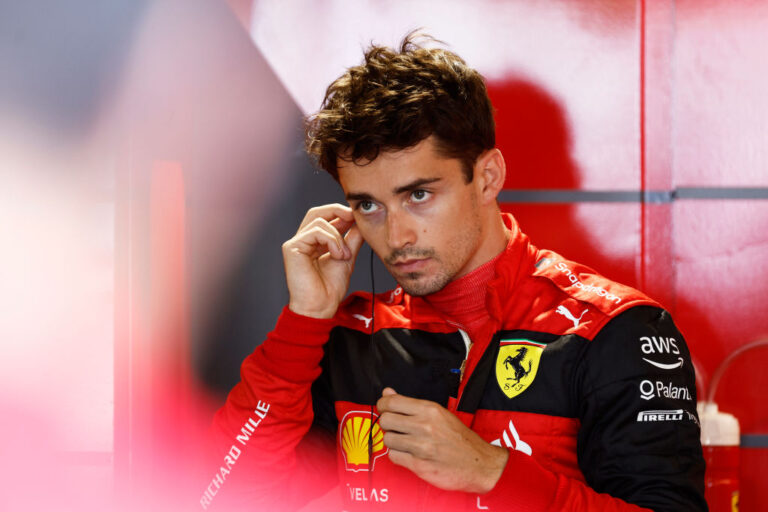 Charles Leclerc has crashed an iconic Ferrari car once driven by Niki Lauda at Monte Carlo, two weeks before the Monaco Grand Prix.

The Monegasque-born driver, who leads the 2022 F1 championship standings, is taking part in the Monaco Historic Grand Prix weekend. The weekend runs from May 13 to May 15, and celebrates over seven decades of legendary F1 machinery, starting from pre-war times.

A vast number of famous cars are being driven. Full races are taking place today after practice and qualifying sessions earlier in the week.

There are seven races in total taking place across the day. Each commemorates a different era of F1.

Amongst the cars involved include the Maserati 250F, which Juan Manuel Fangio drove to two Drivers’ Championship titles in the 1950s, the McLaren driven by James Hunt to triumph in 1976, and the Lotus 72, which earned Jochen Rindt and Emerson Fittipaldi one title each in 1970 and 1972 respectively.

Another car that is at the event is the Ferrari 312T. Niki Lauda won one of his three Drivers’ Championships in the car in 1975.

The car would also be used the following season when Lauda had his infamous title battle against Hunt. The story of their rivalry was turned into a box office film, ‘Rush‘.

Ferrari’s Charles Leclerc was allowed to drive the car in Monaco. However, things didn’t quite go to plan.

Going into the tricky penultimate corner, ‘Racasse’, Leclerc appears to go too deep and loses the rear end. He later said the car wasn’t responding when he pressed the brake pedal, meaning the incident appears to be car error rather than driver.

The rear wing then smashes against the barrier. Thankfully, however, it stays attached to the car, and Leclerc is able to nurse his car around the track. Plenty of F1 fans felt sympathy for the driver, who doesn’t have a huge amount of fortune when it comes to Monte Carlo.

Leclerc isn’t the only Ferrari driver to crash an iconic car at Monaco in recent times. In fact, Jean Alesi was involved in a crash whilst driving the same Niki Lauda car at last year’s Monaco Historic Grand Prix.

Leclerc will hope for better luck when the Monaco Grand Prix proper takes place on May 28. He originally qualified on pole for last year’s race. However, he crashed heavily on his final qualifying lap. Furthermore, the Monegasque driver could not start his home race due to the damage sustained.

Leclerc currently leads the Drivers’ Championship standings by 19 points. He is ahead of Red Bull’s Max Verstappen.