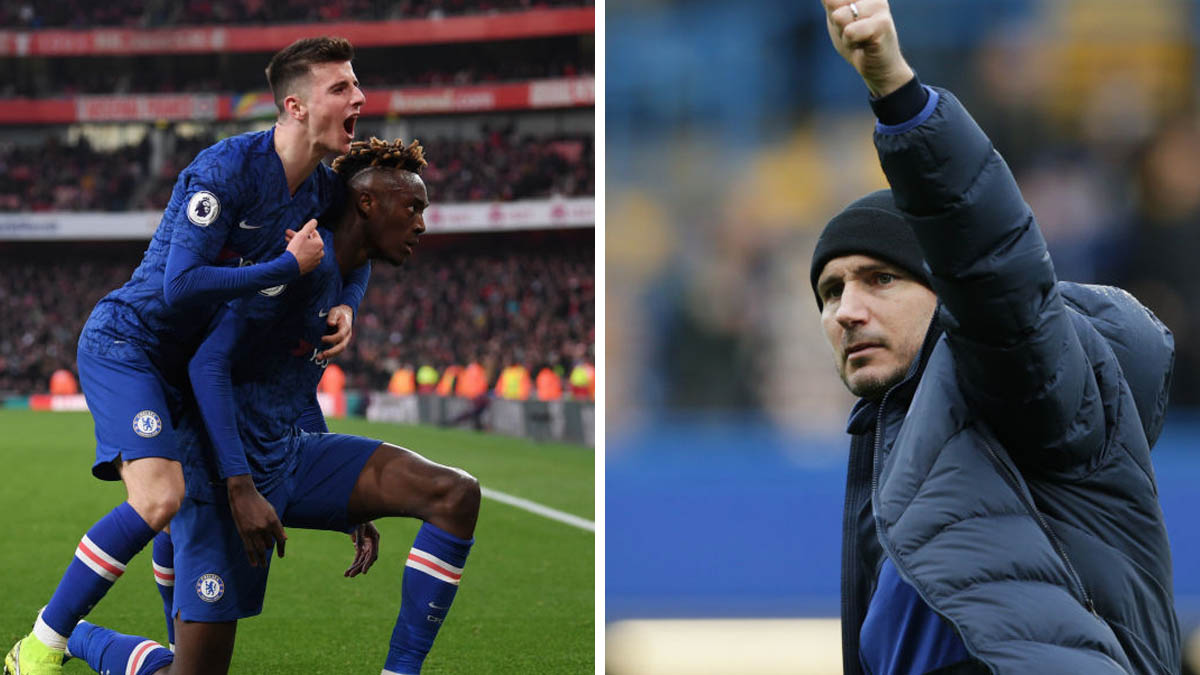 With the Premier League facing postponement until at least April 30, now seems as good a time as any to reflect on what’s happened so far – and what’s still to come.

Arguably one of the most admirable stories of the season has been Frank Lampard’s with Chelsea.

At the start of June 2019, Chelsea FC faced growing uncertainty, even off the back of beating Arsenal in the Europa Cup final in Baku. The club had recently had an appeal rejected for a transfer ban received earlier that year; meanwhile, their divisive coach Maurizio Sarri was falling out of favour with fans.

A strong third place finish in the Premier League and a European trophy was unfortunately overshadowed by the manager’s widely reported desire to return to Italy. Juventus shortly swooped in for the manager in June and to add to the disruption, Chelsea’s star player Eden Hazard was heavily rumoured to move to Real Madrid. The transfer was later confirmed on the 7th June 2019.

Chelsea were in a vulnerable position and were a much less attractive club for a top manager due to their transfer ban. With new signings unable to blanket a tough transitional phase for the club, new approaches had to be made.

However fragile the situation seemed; hope came in the form of a club legend: Frank Lampard. At first this seemed at risk of putting nostalgia before sense. Lampard’s managerial experience was minimal for competing in one of the toughest leagues in the world. Prior to managing Chelsea, he only had one season as a head coach with Derby County, finishing 6th.

Although his experience didn’t come in abundance, Chelsea were in need of a fresh approach that utilised younger players at the club. Lampard jumped at the challenge. His legendary status and experience as a player were a huge boost for morale and he was going to bring in an intense attacking philosophy.

Fast forward to now, Chelsea are sitting in 4th place whilst also boasting a strong FA Cup run. We must ask: how important has using Chelsea youth players been to this success and has the transfer ban actually been a positive burden?

Firstly, it is important to acknowledge that there was still a wide variety of experience and talent for Lampard to inherit. Most noticeably, the team had real depth in midfield: Kanté, Jorginho, Kovacic and Barkley had all thrived at top teams for some time. This team was still calling out for some more defensive reinforcements, an attacking midfielder and more clinical threats further up the field though.

Lampard had previously managed two Chelsea youth players who were on loan at Derby: Tomori and Mount. These were both pivotal figures for Derby under Lampard and his trust in them resonated through to this year’s Premier League season.

Mount especially has been a huge part of Chelsea’s first team this season, offering both diversity and tenacity up the field. 41 appearances in all competitions proves his importance to the gaffer. Whilst his form has fluctuated throughout the season, his transition into a top team in a much more demanding league has been impressive.

Despite no goal contributions in other competitions, 6 goals and 5 assists represent a strong first season in the Premier League. Mount is certainly one of England’s finest prospects; offering creativity, pressing and positional diversity.

Whilst Lampard witnessed the talent of these two players at Derby, two other Chelsea Youth team players were flourishing in the Championship as well. Reece James proved his attacking and defensive capabilities as a full back for Wigan whilst Tammy Abraham made a firm statement at Villa, scoring 25 goals.

Abraham’s impact at Chelsea this season is the finest example of reliance on youth. He has been crucial to a side crying out for a goalscorer. 15 goals and 6 assists in all competitions has proved the player to be one of the most prolific attackers in the league.

Lampard has to be acknowledged for this too, his intense attacking tactics and trust in less experienced players displays long-term planning.

Now 18-year-old Billy Gilmour is the latest example of the trust that Lampard has in Chelsea’s youth. The enthralling young Scot recently boasted man of the match performances in two emphatic wins over Liverpool and Everton.

Although there have been issues with some of these players, which more experience perhaps may have helped (Abraham’s PL goal draught, Mount’s poor January form, Hudson Odoi’s underwhelming impact), their part in this Chelsea team is critical. This was the reason why – when the transfer ban was lifted before January – they decided to offload players rather than purchase.

Unfortunately, with the ongoing global crisis, the fate of this season is hard to predict. What we can be sure of is that Lampard has found himself managing a team which has a contrast of experience and ambition. With intelligent transfers that are built around these young players, Chelsea can find a more consistent edge in the Premier League and with patience, set their sights on the title again.