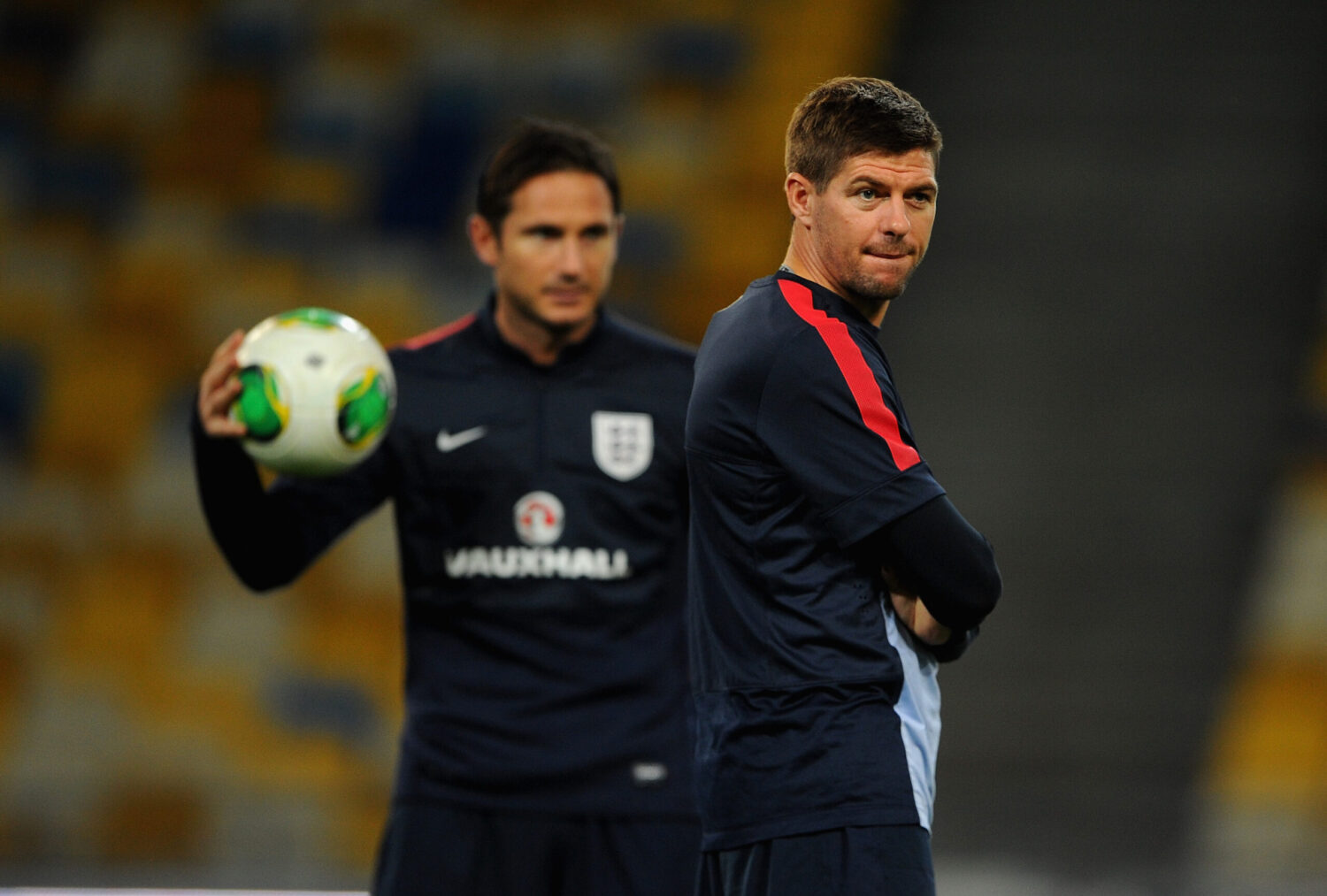 Between Steven Gerrard and Frank Lampard, you have two of the great English midfielders in recent times. Throw in Paul Scholes and you’ve got the debate that could, and does, ruin friendships.

Both Lampard and Gerrard nailed down that central midfield spot for the national side, sharing 220 caps between them – though it still remains a mystery why things never really clicked in that era of truly great England players.

Over the last 24 hours, we’ve seen the footballing world offer its opinion on Chelsea’s handling of Lampard’s sacking. Among them was his former international teammate, who couldn’t resist a dig at the London club.

Gerrard, who has enjoyed a stunning start to his managerial career with Rangers, was asked for his thoughts on Lampard’s departure.

“Obviously I’m gutted for Frank, he’s an ex-team-mate of mine, someone I respect greatly.” Gerrard began.

“But knowing the guy, he will be back in no time. He will dust himself down and get back involved. He will use this time to spend with his family. He’s obviously got a young family and one on the way.

“I’m disappointed for him. I thought it was a very swift exit on the back of a positive result at the weekend.

Rangers manager Steven Gerrard says he feels ‘gutted’ for Frank Lampard and believes his former England team-mate should have been given more time at Chelsea. pic.twitter.com/ISMXEZQFDO

He then touched on the Chelsea hierarchy’s reluctance to stand by managers going through a difficult period.

“I did think it was an opportunity for Chelsea to really reach out and support him during this tough period rather than do what they have done.

“But Chelsea have got history for that so it was no surprise.”

If the rumours are anything to go by, Chelsea are expected to name former PSG boss, Thomas Tuchel, as their new manager in the coming days.

Tuchel led PSG to two Ligue 1 titles and a Champions League final, which his side lost to Bayern Munich.