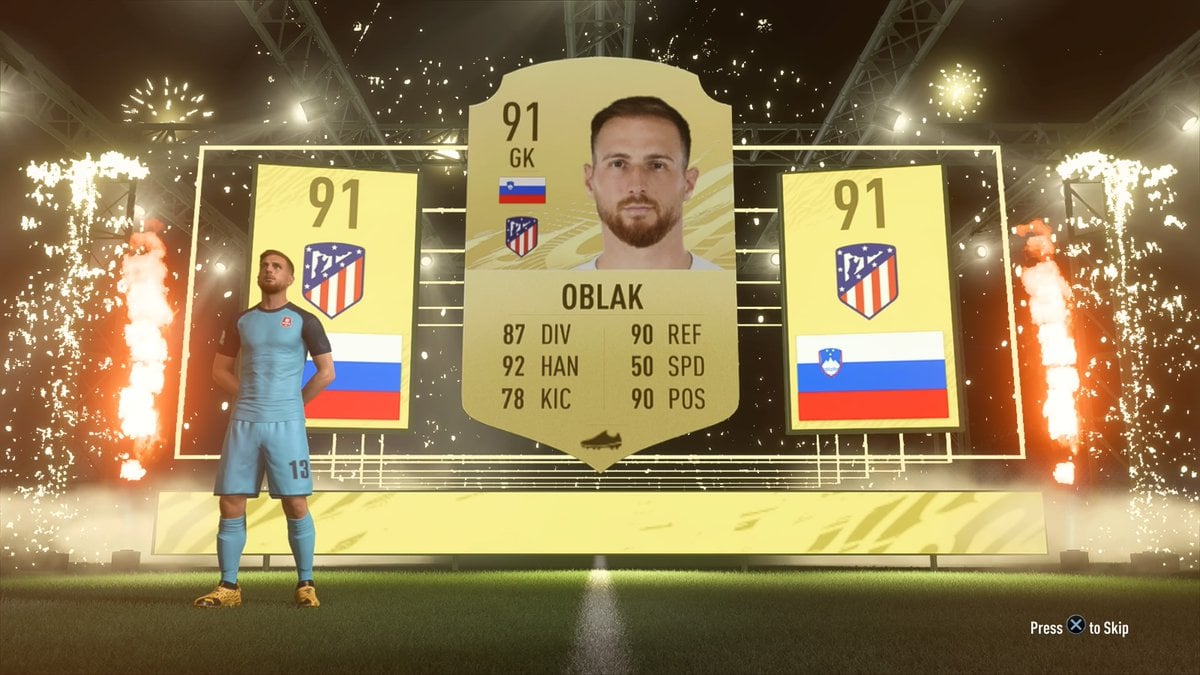 Whether you’re grinding through Division Rivals and Squad Battles or have the luxury of FIFA points piling up, most of us want to know immediately if that pack we’ve just opened is actually any good.

EA Sports changed the animation in this year’s game from FIFA 20, and it can be a little more difficult to get an early sense for what’s inside this time round.

That isn’t to say it’s impossible though…

There’s two kinds of cards we’ll talk about here, walkouts and boards. Gamers will see board animations for cards above 83, and the player walking out if they’re either 86+ rated or a coveted Team of the Week name.

How to spot a walkout

Ultimately, this is what we’re all aiming for, and are much harder to come by.

To spot these early, you need to act quick. As soon as you open the pack, you need to be looking for three lights on the left-hand side of the screen.

If the pack shows three lights, then you know unfortunately, it isn’t a walkout this time.

However when the first light is out and the other two lights show, that’s when you know it’s a walkout and you can expect a big card to pop out.

How to spot a board

If you’ve not got a walkout, you can move on to examining whether or not you have a board.

The trick here is to look straight to the back of the tunnel where a stage will appear in the case of a board being present, but this will show extremely quick.

As pointed out above, you need to be super quick as the tells come and go within seconds.