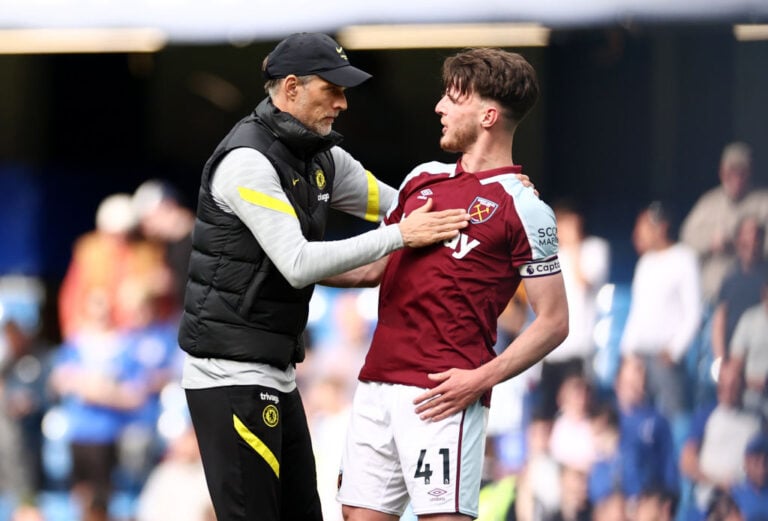 Chelsea have announced that American businessman Todd Boehly has purchased the club for £4.35 billion – meaning they are likely to spend big on transfers this summer.

A total of £2.5 billion of that money will be used to secure shares in the club, and proceeds will go towards charitable causes.

The consortium, led by Boehly, will also invest £1.75 billion into benefiting the club and the Chelsea Foundation.

Read more: Todd Boehly net worth: How rich is the new Chelsea owner?

According to Forbes, Boehly has an astounding net worth of £4.5 billion. The billionaire is the co-owner of American baseball giants Los Angeles Dodgers and also holds shares in the LA Lakers basketball team.

Former Chelsea chairman Roman Abramovich put the club up for sale after the Russian invasion of Ukraine.

Despite how his ownership has ended, Abramovich took Chelsea from relative mediocrity to European greatness after acquiring the club for £140 million back in 2003.

Chelsea won five Premier League titles and two Champions Leagues during his ownership. The Blues won the latter in 2012 for the first time in their history and added a second last season.

But Boehly is likely to invest heavily this summer. It is expected that plenty of Chelsea players will leave Stamford Bridge at the end of the season, such as German international Antonio Rudiger, so an element of rebuilding will be essential.

As always, the rumour mill is in full swing. A host of players have been linked with transfers to Chelsea, but the following five are the most prominent:

The 23-year-old defender won the Europa League with Sevilla last season and looked to be on the verge of signing for the Blues last summer. The sides couldn’t agree on terms, and Kounde remained in Spain.

With Antonio Rudiger set for a move to Real Madrid this summer, Chelsea could launch a move for the Frenchman as one of their summer transfers.

Rice rose through Chelsea’s ranks as a youngster. After being released from the Blues aged 14, he moved to the academy of West Ham. Since then, Rice has developed into one of the Premier League’s best midfielders.

Rice has long been linked with a return to his boyhood club. However, the England international has been named by Mark Noble as his successor as captain at the Hammers. It would take a considerable amount of cash to prise the midfielder away from the London Stadium.

The RB Leipzig midfielder is a graduate of the Paris Saint-Germain Academy and has caught the eye this season in the Bundesliga. He has scored a sensational 20 goals and provided 13 assists in just 33 league matches this season.

A host of teams are watching the Frenchman, from Chelsea to Manchester United. Under former Bundesliga boss Tuchel, Nkunku could thrive at Stamford Bridge.

Another centre-back, Pau Torres has impressed in the past couple of seasons with Villareal. Torres won the Europa League last season and reached the semi-finals of the Champions League this year.

The Spaniard reportedly has a £50 million release clause, and has attracted the attention of some of Europe’s biggest clubs.

Aurelien Tchouameni has been in inspired form for Monaco this season. Scouts from Manchester United, Chelsea and Real Madrid were in attendance as the Frenchman scored two brilliant goals against Lille last week.

In addition, the 22-year-old also scored his first international goal in March. Tuchel already has Mateo Kovacic, Jorginho, N’Golo Kante and Ruben Loftus-Cheek to choose from in his midfield, and Tchouameni would only bolster the German’s options.

However, the Frenchman is reportedly of interest to Champions League finalists Liverpool. Therefore, Chelsea may have to act fast.