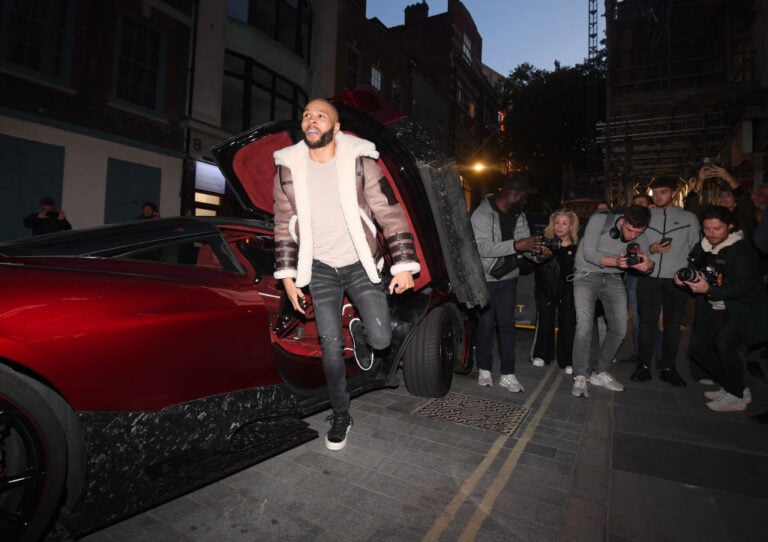 It’s fair to say Chris Eubank Jr knows how to make an entrance. The boxer arrived at the fight week red carpet event in a stunning custom McLaren.

On October 8, the country will stand still as one of the biggest fights of the year goes down at the O2 Arena in London. 25 years after their fathers last went to war, Eubank Jr and Conor Benn will go toe-to-toe in a monumental grudge match.

Although the fight makes little sense in terms of weight classes and world title aspirations, the fans are hooked. Despite the huge size differential, the bout sold out in minutes, and DAZN is hopeful for massive PPV buys. To put it bluntly, nostalgia sells. Like their dads before them, the two fighters setting foot in the ring on Saturday night have completely contrasting personalities, and it’s made for a fascinating build-up.

While Benn loves to do his talking inside the squared circle, the much naturally bigger man prefers to get tongues wagging outside it. And he did just that on the red carpet.

Chris Eubank Jr blows fans away with his McLaren

The 32-year-old loves to look flash. He wears expensive coats and doesn’t back down from showing off his wealth. But on Tuesday, he well and truly pushed the boat out. He arrived at the launch event in a bright red Custom McLaren 720 S, which he had shipped from Germany.

The boxer then hopped out of the car and smiled for the camera.

This is just Eubank Jr’s latest attempt to get under his arch nemesis’ skin. Since the announcement of the bout, the former WBA Interim Champion has trolled his opponent with his social media posts.

To try and make the contest competitive, both boxers have had to make sacrifices. Due to the size difference, they’ve agreed to meet at 157 pounds, a weight which many feel the antagonist can’t get down to.

So with that in mind, he’s spent months riling up the public with videos of him eating all sorts of junk food, from KFC buckets, to birthday cake and most recently, he visited Salt Bae restaurant.

While some think he isn’t really eating what he says he is, others are convinced he’s going to hinder his performance with a bad diet. Consequently, fans are counting down the days to the weigh-in on Friday to see what shape he looks in on the scales.