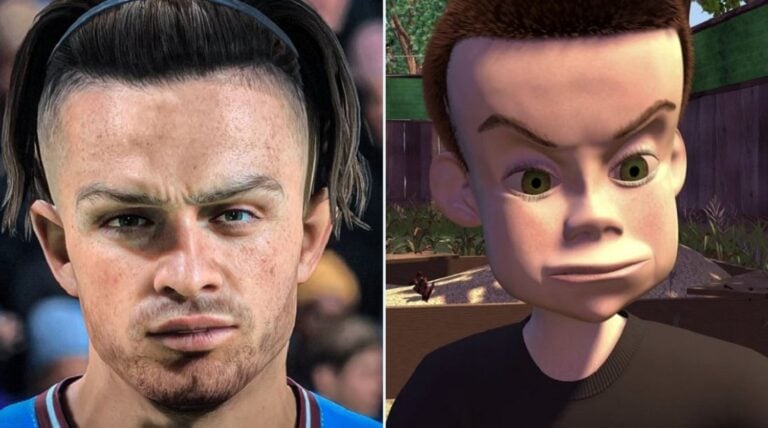 FIFA 23 hit the shelves this week, but it doesn’t look like Jack Grealish will pick up a copy as he’s livid with how EA have designed his model.

On September 30, fans rejoiced and shed a tear as the last ever EA Sports ‘FIFA’ game was released to the masses. Following a legendary 30-year run, the company have announced they will release a new game, entitled ‘EA Sports FC’. But that wasn’t why Grealish took to social media to complain.

As gaming has evolved, so have the graphics. Players are blown away by the thin line between fiction and reality. They can take a moment out of their busy lives, turn on their PlayStation and transport into a completely different world. Gamers can rewind to the Wild West in Red Dead Redemption, cruise the streets of Los Angeles in Grand Theft Auto and enter a warzone in Call of Duty.

And while most members of the public will never know what it’s like to play in a Champions League Final, FIFA 23 gives them a little taste.

Many enjoy the popular game due to the realism and authenticity of the footballer’s faces. But by the looks of it, the popular English international doesn’t think his design looks anything like him.

Erling Haaland leaves Messi and Ronaldo in the dust with latest record (sporf.com)

The developers have mimicked his current hairstyle and tried to give him more accurate facial features. But it appears they’ve annoyed him in the process. The 27-year-old posted an Instagram Story to slate the design.

He said: “Nah, c’mon man @EASPORTSFIFA, Look like that geeza out of Toy Story!!!!”

Despite being an ambassador for the game, it’s fair to say the midfielder isn’t best pleased. Although he starred in Manchester City’s 6-3 victory over Manchester United, his biggest worry at the moment is looking like Sid from Toy Story 1. And let’s not forget that the sociopathic 11-year-old used to terrorise his action figures with explosives, so it’s not exactly the best comparison.