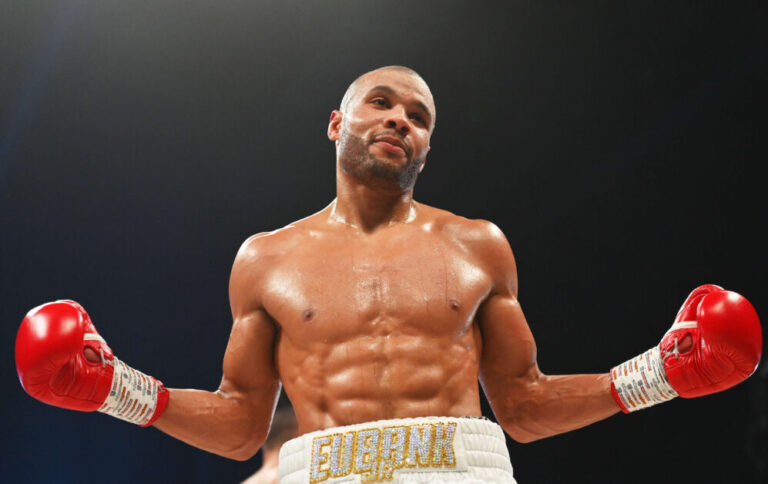 After a dramatic 24 hours, Matchroom Boxing have confirmed that Chris Eubank Jr vs Conor Benn will no longer take place on October 8.

Back in the nineties, the two boxers’ fathers shared one of the greatest rivalries of all time. Their incredible bouts defined an era of British boxing, and with the second fight ending in a draw, the public desperately clamoured for a trilogy which never took place. Consequently, when their sons went pro, fans instantly linked them together, hopeful that they could put an end to a 30-year feud. However, the bout never looked like materialising due to the enormous weight discrepancy. But someway, somehow, Eddie Hearn and Kalle Sauerland got it over the line.

Despite Eubank Jr producing world-level performances at super middleweight and Benn never even proving himself at European standard three weight classes below, the contest was announced, and the fans instantly forgot the obvious and drowned in the nostalgia.

Like their dads before them, the pair’s contrasting personalities gelled perfectly to create an epic grudge match. While ‘The Destroyer’s’ no-nonsense attitude resonated with fans, Eubank Jr caught the headlines with his constant trolling. In an attempt to get under his opponent’s skin, he posted videos of himself eating anything he could get his hands on, from KFC to birthday cake.

And going into fight week, they had the public in the palm of their hands. But then things changed. On October 5, The Daily Mail revealed that Benn had failed a drug test. VADA discovered traces of  Clomifene, which is commonly used for infertility in women. However, in men, it can drastically increase Testosterone and mask other performance-enhancing substances.

This looked certain to grind proceedings to a halt, or so it seemed

Yesterday, Hearn expressed his desire for the bout to continue despite the British Boxing Board of Control prohibiting it. Reportedly, sanctioning bodies in other countries like Luxembourg and Malta were willing to step in. But in the end Matchroom conceded and released the following statement.

“After discussions with various parties, we have taken the decision to formally postpone the bout between Eubank Jr and Benn.

“It is undeniable that the British Boxing Board of Control’s decision to withdraw their sanctioning was procedurally flawed and without due process. That remains a legal issue between the promoters and the Board, which we intend to pursue.

It continued: “However, whilst there are legal routes to facilitate the fight taking place as planned, we do not believe that it is in the fighters’ interests for those to be pursued at such a late stage, or in the wider interests of the sport.

“As promoters, we take our obligations and duties very seriously, and a full investigation will now need to take place. We will be making no further comment at this time and news for ticket holder refunds will follow.”

Despite many feeling disappointed for the undercard boxers and Eubank Jr, who cut an enormous amount of weight, most feel this is the correct decision. Allowing Benn to get into the ring with a banned substance in his system would have left have set a very dark precedent.

But the drama is far from over. Hearn could take action against the British Boxing Board of Control, bringing the integrity of the sport into question.