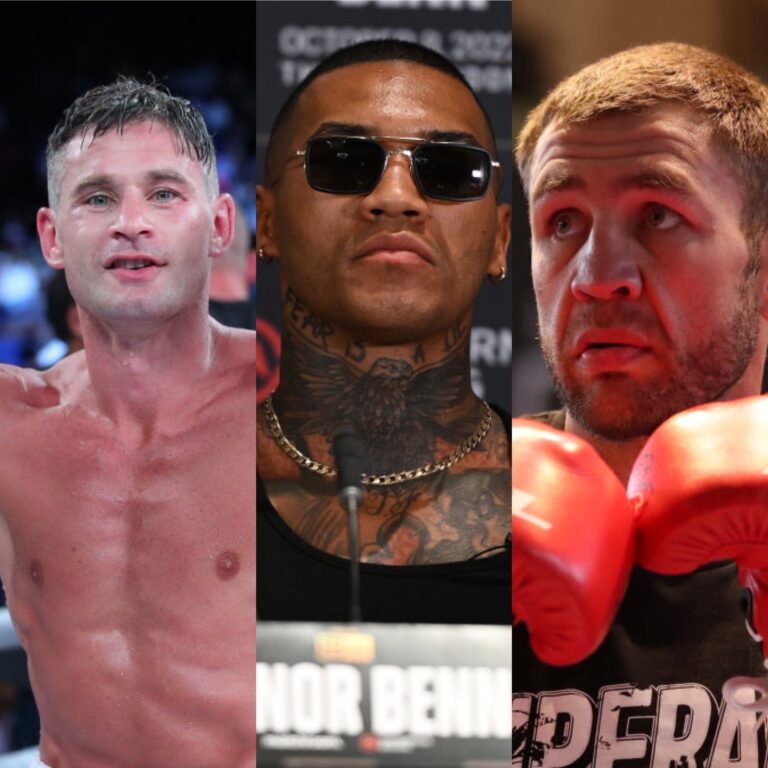 Chris Algieri and Chris Van Heerden have responded furiously to the news that their former rival, Conor Benn, has failed a drug test.

Earlier this week, the boxing public eagerly awaited one of the biggest showdowns of the year. On October 8 at the O2 Arena, ‘The Destroyer’ was scheduled to set foot in the ring with the son of the man who defined his father’s career. But on Wednesday, everything changed.

The Daily Mail revealed that VADA had discovered traces of  Clomifene in Benn’s system. Doctors typically prescribe the drug to treat infertility in women. However, in men, it can drastically increase Testosterone and mask other performance-enhancing substances.

Therefore, despite intense efforts, Eddie Hearn and Kalle Sauerland eventually conceded and announced the bout’s postponement. Ultimately, most boxing experts believe this was the right decision. Allowing a boxer, who’d taken an illegal product, to fight a man who’d already stripped an enormous amount of weight, would’ve left a horrible stain on the sport.

Benn’s actions have had massive ramifications on not just his opponent, Chris Eubank Jr, but all the fighters on the undercard and the fans that paid for travel and accommodation. Furthermore, the floodgates have opened for the 26-year-old’s former opponents to ask serious questions.

At the start of his career, Benn looked unlikely to go on to much success. But in recent times, he’s shown significant improvements. However, those who’ve shared the ring with him are now concerned about how he developed so quickly.

Algieri, a former world champion, squared off with Benn in December and lost via a devastating fourth-round knockout. But even at the time, the American had his suspicions.

He reacted to the news via an episode of Inside Boxing Live: “Initial thought: Not surprised, not surprised one bit.

“I had heard, around the time that I was fighting him, that he was not a clean fighter. And I like to give fighters the benefit of the doubt; this is about competition, I never want to take away from anyone who steps in that squared circle – it’s the most dangerous thing you could ever do.”

He continued: “I respect every fighter who steps in the ring, [but] I do not respect cheaters, and for me to hear this… this hits hard. It hits hard, it hits home, and again: Not surprised, not surprised.

“It makes me feel like I can’t stop now. I can’t go out against a cheater. I don’t know, there’s a lot of emotions today, and you guys are getting a very raw perspective from me right now. It burns.”

The 38-year-old concluded: “I’ve fought over in the UK, it wasn’t like fighting over here in America.

“I didn’t see inspectors over my shoulder like they are in New York. When I fight in New York City, I’ve got guys over my back who want to make sure when I go to the bathroom, they’re coming with me. I didn’t see that over there. There was very little testing.”

Four months later, Benn returned to the ring against Van Heerden, and the South African has had a lot to say about the situation.

The veteran told Little Giant Boxing: “I could not help but to raise the question and go, ‘Damn, was he clean when he fought me? It just raises that question because I fought Errol Spence and [Jaron] Ennis.

“I’ve fought some big punchers and I’ve been hit a lot. When I say that, I’ve been hit clean [on the chin] and I’ve never been dropped. Never in my whole career, not even by Spence.”

The popular fighter continued: “Here comes Conor Benn and he hits me with one shot in round two and it buzzes me and I’m out of it. I still could not get my head around it. I was never supposed to go down, but I did, and I was out of it and in boxing, it’s one punch.

“I’m not a sore loser, but I’m fair enough. I cannot help to question, and I got a little upset though.”