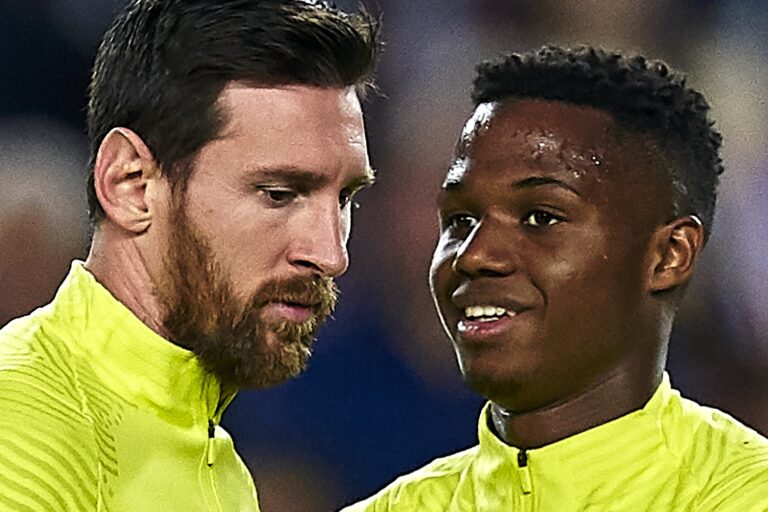 Some thought the shirt would be retired and others felt as if nobody was fit to take over the role, but either way, the legacy of being Barca’s no. 10 has officially been passed down to teenage sensation Ansu Fati. Over the course of the last few years we’ve seen the youngster do some incredible things as part of Barca’s first team with an insane amount of trust being put in someone who’s only really just getting started in his career.

Messi, who has made the shift over to Ligue 1 with Paris Saint-Germain, has been something of a mentor for Fati ever since he was promoted to being part of Barcelona’s first team squad.

Regardless of whether he knew the handover would come this early or not, the time has come for Ansu to step up to the plate – and because of that, we thought it’d be interesting to see how both men fared against one another when comparing their first two seasons at the Nou Camp.

Fati was clearly handed more opportunities in the first team than Messi and as such, has a solid total of eight goals in 31 appearances across all competitions in the 2019/20 campaign. In 2020/21, nine months out of action with a knee injury meant he finished on just five goals in 10 games after a promising start.