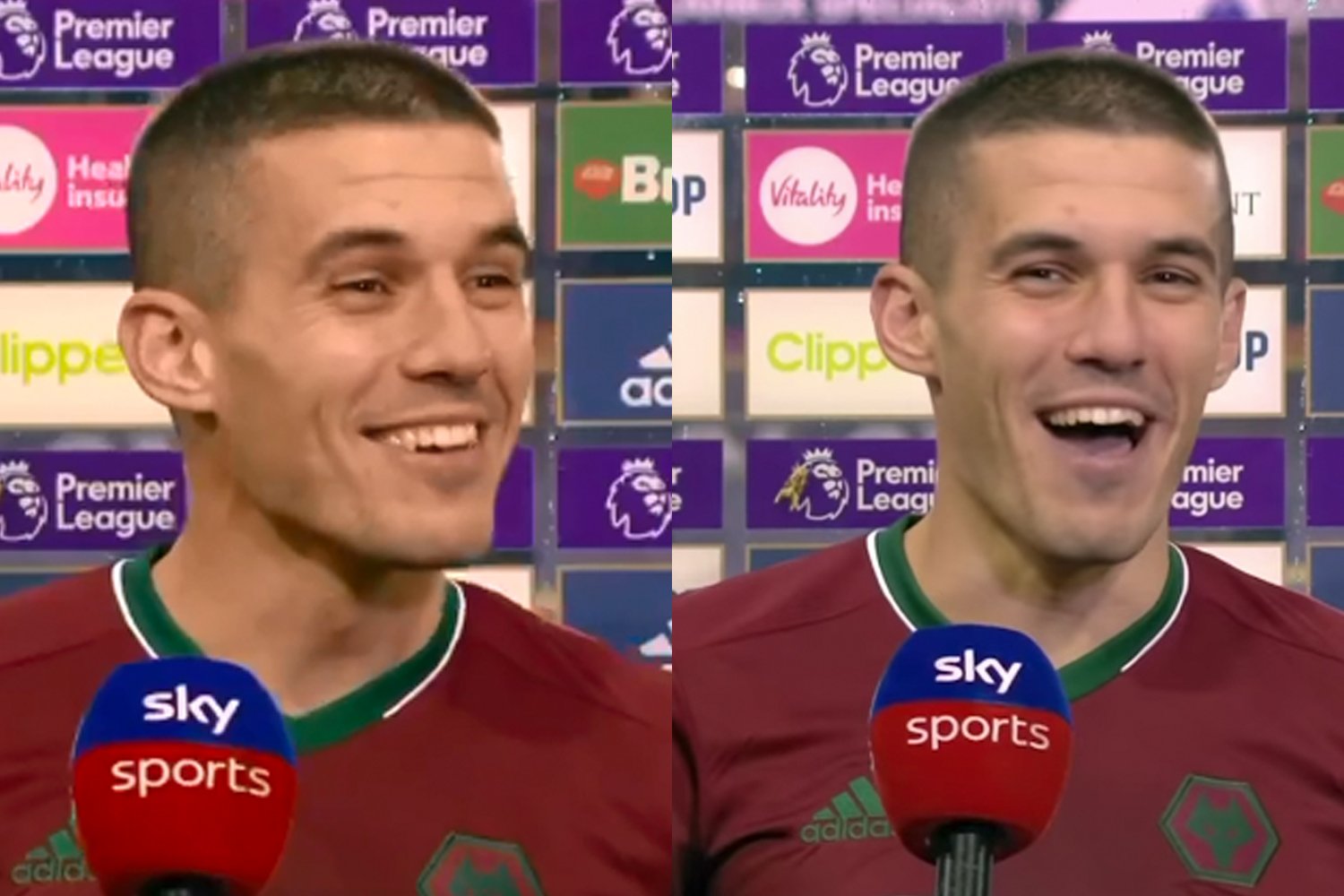 Conor Coady comes across as another of the good guys in football, and his latest interview has reinforced that.

After Wolves’ 1-0 victory over Leeds, Coady spoke to Sky Sports post-match, where they broke the news to him that it was actually fellow defender, Max Kilman, who had been named man of the match.

The news seemed to catch the defender off-guard, as he jokingly replied in rather confused fashion. “did he?!”.

His reaction sparked fits of laughter in the studio, before he went on to praise his teammate, even if he couldn’t hide being a little bitter.

“He deserves it. He’s been brilliant… stop laughing and making a show of me!

“He’s been with us for years and has learnt the role inside out and he was brilliant again. He gave us some balance on that left hand side.”

"Stop laughing and making a show of me!" ?#WWFC skipper Conor Coady was stunned to find out that Max Kilman was awarded Man of the Match instead of him! pic.twitter.com/FddZB4WV1E

Coady was also quizzed about the potential of him returning to Liverpool to replace the injured Virgil Van Dijk, to which he gave an equally golden answer.

“I can’t believe you’ve just put this on me here, no!” He joked.

“I can’t believe it. Not at all, I love playing for this football club every single day.

? "I can't believe you've just put this on me" ?@Carra23 putting Conor Coady on spot as being a replacement for Virgil van Dijk at Liverpool pic.twitter.com/QAchkQgKuv

With most recent interviews being dominated by VAR controversy, this exchange is a breath of fresh air.