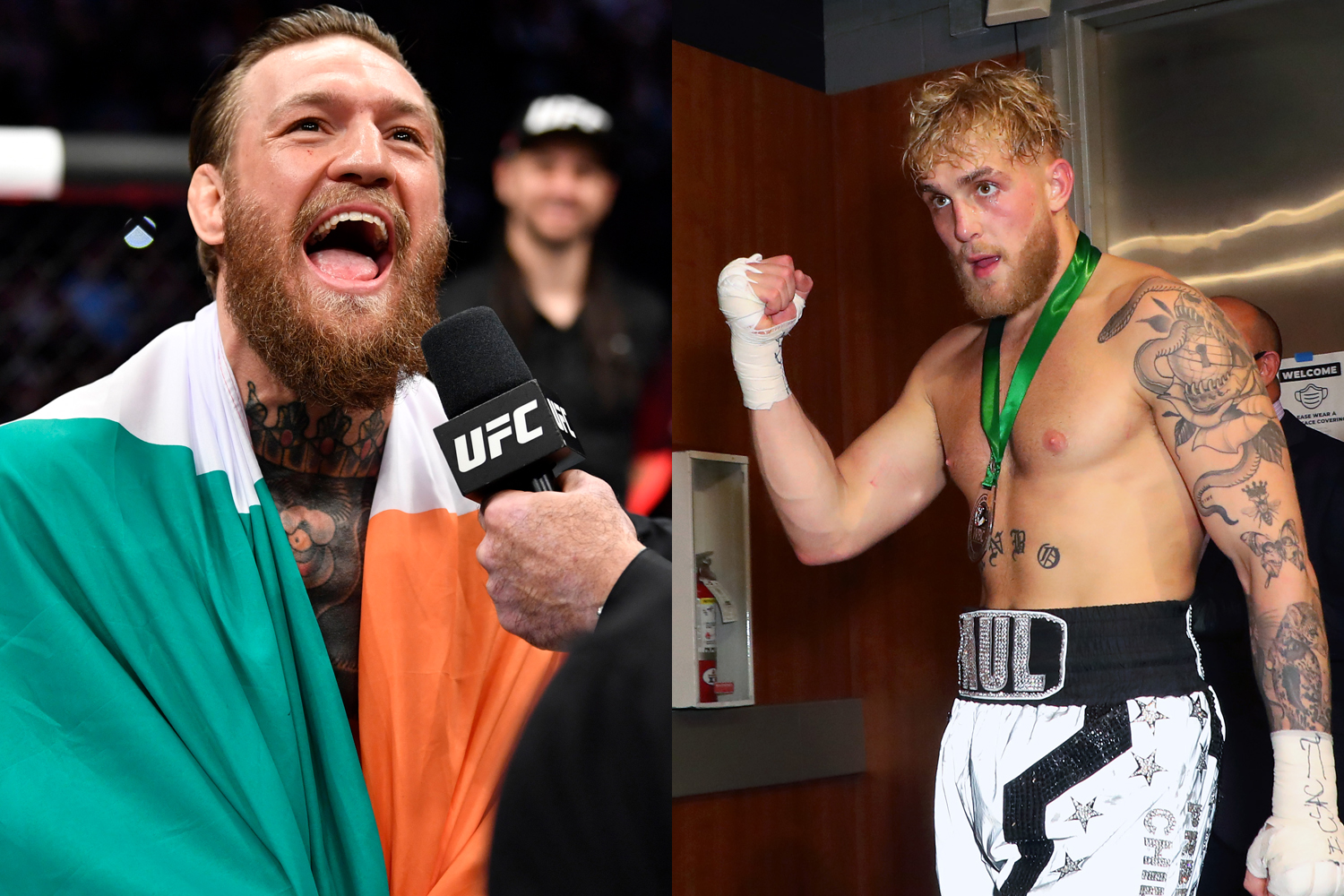 Jake Paul is the one name in particular spearheading this movement of YouTube celebrities venturing into the fight game.

Paul co-headlined the the Mike Tyson vs Roy Jones Jr event, defeating former NBA star Nate Robinson by way of emphatic knockout. Since that victory, he has since turned his attentions to calling out Conor McGregor.

Paul released a clip back in December, insisting that he’d made a $50m offer to McGregor’s camp, while also taking aim at the Irishman’s wife and somewhat bizarrely talking about the number of followers his dog has on Instagram.

McGregor has never really acknowledge the call-out, though has finally given an opinion on Paul’s boxing career. Perhaps surprisingly, given the nature of Paul’s video, the UFC star offered an incredibly measured response.

In an interview with Bloomberg, he admitted that he had respect for anyone willing to step into the ring, though stressed that these kinds of fights weren’t at a high level and insisted that the Paul vs Robinson fight were by no means responsible for the impressive PPV figures of that event.

“If they are fighting well then it can’t make a mockery of fighting. They’re getting in and competing. I am not so much against it.

“What I will say though is the numbers that that show calculated was a Mike Tyson fight. You had an icon fighting as well as Roy Jones Jnr, two GOATs [greatest of all time] of combat sports.”

“And then you had the YouTube kid and NBA star competing underneath that. So they done good business.

“Am I into those competitions myself? You know it’s not the most high-level – if any level – at that stage.

“Obviously the Tyson vs Jones fight was very high level and very interesting to see what they’re like in their older age. I thought they both fought amazingly.

“As they say, if it makes dollars, it makes sense. I know Dana and the UFC are not really into it, but I’m not so against it.

“I think if people are willing to get in and take the risk of making that walk, I’m certainly a viewer.”

Despite announcing his retirement last year, McGregor will make his much-anticipated return to the octagon this weekend, taking on Dustin Poirier. He’ll be hoping to replicate the performance that saw him emphatically beat Cowboy Cerrone last January in just 40 seconds.