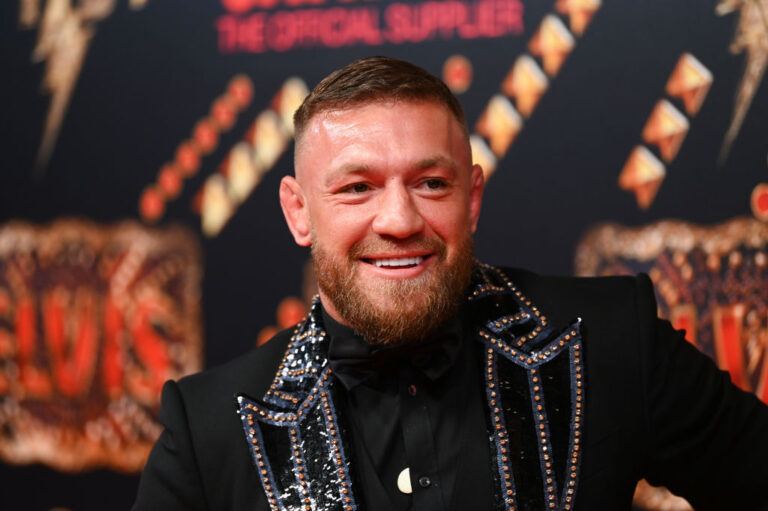 UFC icon Conor McGregor will make his debut on the silver screen, featuring in a remake of the iconic 80s movie “Road House”.

Aside from his past success inside the ring, the Irishman has carved a niche as one of the most marketable people in all of sport.

As a result, McGregor has a plethora of brand endorsements, from which he earns millions. Per Forbes, DraftKings, Rolls-Royce, and Wynn Las Vegas all sponsor “Notorious”. Additionally, he makes money from Reebok, EA, Monster Energy, and other brands.

That’s without mentioning his fortune from Proper No. 12 whiskey.

All these opportunities came not only from McGregor’s prowess in the octagon but from his outlandish personality, too. Outside the ring, Notorious is one of the most charismatic figures around, his brash persona always making for headline content.

Therefore, UFC fans and Conor McGregor supporters are likely not surprised at the news of his acting debut in the upcoming Road House remake.

In the film, Swayze plays a no-nonsense bouncer called James Dalton.  He is brought in to help restore peace to a violent bar based in Missouri. As with many 80s flicks, a love affair also complicates Dalton’s job, and he has to deal with the corrupt businessman who happens to run the small town.

Many people remember the film fondly for its numerous fight scenes, with Dalton ending up as one of Swayze’s best-loved characters. So, fans may be apprehensive at the prospect of a remake.

Despite this, Amazon has made plans to re-create the 80s film, adding Conor McGregor and other stars to the cast.

Unfortunately, the UFC legend will not play the leading role of James Dalton. Instead, Jake Gyllenhaal takes on the lead role – although it may not be the exact same character.

In addition, Amazon’s remake steers away from Missouri, with the film set in the Florida Keys. Here, Gyllenhaal plays a former UFC fighter who takes a job as a bouncer to keep order at a Roadhouse. But the job is not as easy as it first seems for the new security guy.

Currently, Deadline reports that the exact details of McGregor’s character in the new film are unknown. However, he will be playing an original character, thus not appearing as himself.

This will be the first time that McGregor will have to act as someone else. The Road House remake will certainly provide a new challenge for Conor McGregor, who features in a talented cast.

Also set to be in the movie are several stars from other film franchises. For example, Billy Magnussen (No Time to Die, James Bond) has a role in Road House, as does Daniela Melchior (Suicide Squad).

Per ESPN, filming will start later this month in the Dominican Republic. Until then, fans will have to wait before seeing the full extent of McGregor’s involvement.

Jake Paul claims he knows why McGregor went after MGK