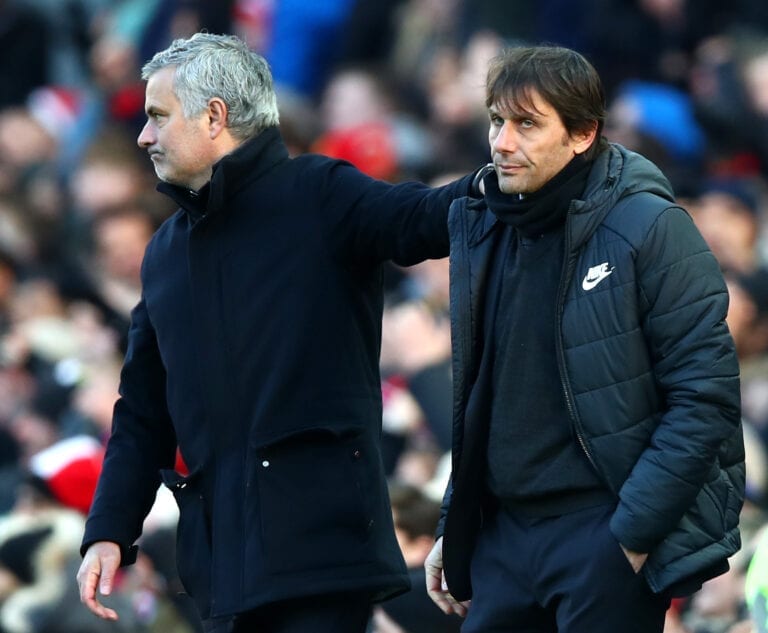 Maurizio Sarri was seemingly the favourite to take over from the departing Paulo Fonseca, who has led Roma to the Europa League semi-final this term.

The news then emerged on Tuesday afternoon that Mourinho would be taking charge from next season.

It means a relatively swift return to football for the Portuguese boss, who departed Tottenham Hotspur after 17 months in charge in April.

It also marks his second spell in Italy as a coach, having led Inter to two Serie A titles and a Champions League during his time there between 2008 and 2010.

Shortly after the announcement, an Italian journalist from Le Iene caught up with current Inter manager Conte – whose side won this season’s Serie A last weekend – to gauge his reaction to the news.

Mourinho and Conte didn’t have the greatest relationship during their time together in England, when they managed Manchester United and Chelsea respectively.

They clashed on the touchline after the Blues defeated United 4-0 in the Premier League over Conte’s celebrations.

The Italian once called his counterpart a “little man“, whilst Mourinho once said he was “not going to lose my hair” over other comments made by Conte, who had a hair transplant towards the end of his playing career.

This time around, there was plenty of respect on show from Conte – although he initially seemed surprised when he told about Mourinho’s Roma move.

Once shown the confirmation, he continued: “It’s great news for everybody. I wish him the best – except when he plays against Inter.”

With Inter defending their title, Juventus pushing to regain it, the likes of Atalanta, Napoli and AC Milan all performing to high levels, and now Mourinho’s Roma thrown into the mix, Serie A could very well be the league to watch next season.