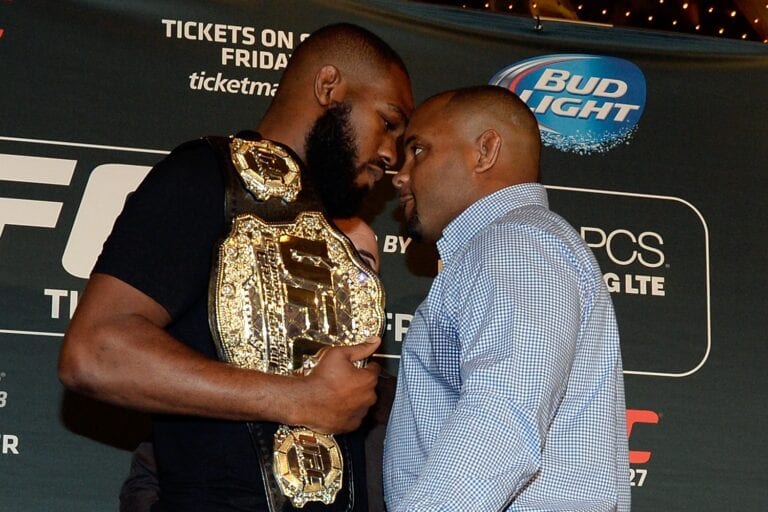 It’s no secret that Cormier and Jones don’t like each other. They’ve fought twice with Jones winning decisively on both occasions.

You’d think their feud would fizzle out given that Cormier has retired – but both men have regularly aimed jibes at each other regardless.

Cormier is now best known for his work as a commentator for the UFC after hanging up his gloves whereas Jones is preparing for a move up to heavyweight. However, Jon would’ve had one eye on UFC 259 this past weekend as Israel Adesanya challenged Jan Blachowicz for the UFC Light Heavyweight Championship.

After Blachowicz came out on top there were quite a few fans wondering how the Polish star would do if he did face off against Jones. As it turns out, Cormier would still back his enemy to come away with the victory.

“Even today, for as much as we love Jan Blachowicz and how great he did, I still think that Jones is the best 205-pounder in the world.” Cormier said.

Right now it seems like a debate that’ll have no definitive answer. Jones is focused on the winner of Stipe Miocic vs Francis Ngannou 2 with Blachowicz having Glover Teixeira on the horizon.

Somewhere down the road Jon may fancy his chances against Jan. After all, we’re talking about the most dominant light heavyweight in UFC history.

While we can’t see the two completely putting their differences aside anytime soon, it’s good to see Cormier is able to separate any lingering personal feelings towards his often divisive rival in his analysis.