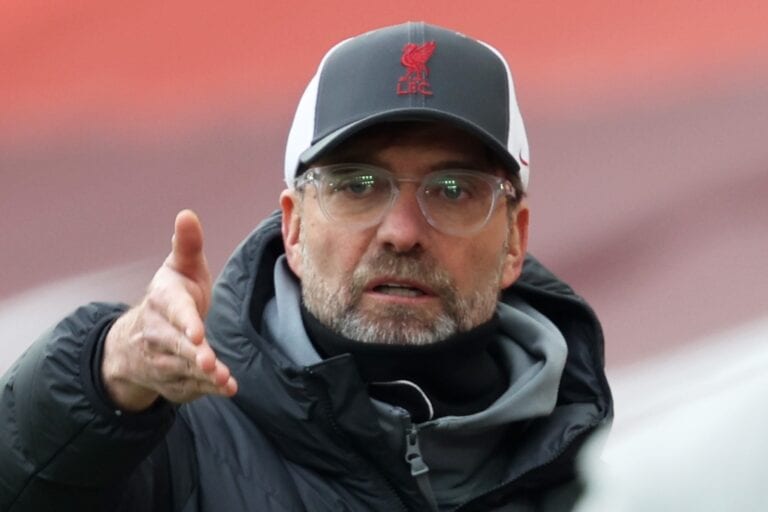 The rumours started to flow after it was revealed Joachim Low will be stepping down as Germany manager after this summer’s Euros.

Low had a string of good moments in the role but the pinnacle came in 2014 when he guided the Germans to victory in the FIFA World Cup.

However, despite his contract originally running until 2022, the German Football Association says it had allowed the agreement to be brought to an early end.

The Reds are in the midst of their worst run under Klopp with six consecutive home defeats to their name, inevitably leading to question marks over the manager’s long-term desire to remain at Anfield.

Logically speaking there’s always going to be some kind of allure behind managing your own country. However, in his pre-match press conference before the Leipzig game, Klopp made his intentions crystal clear.

“Am I available for the job in the summer? No.”

Klopp proceeded to respond to a similar question from German reporters.

“I will not be available as a potential coach for the German team.

“I have three years left at Liverpool don’t I? It’s simple. You sign a contract and you stick to that contract. I stuck to contracts at Mainz and Dortmund.”

On the surface, it seems Klopp is dedicated to turning things round at Liverpool for the remainder of the season, and for the next couple of years on top of that.

With that being said, football is a funny old game, and the coach remains the firm bookies favourite to take over from Low.

Even if Klopp does resist the urge this time round, it does very much feel like it’s a matter of when, rather than if he’ll eventually lead his national side.