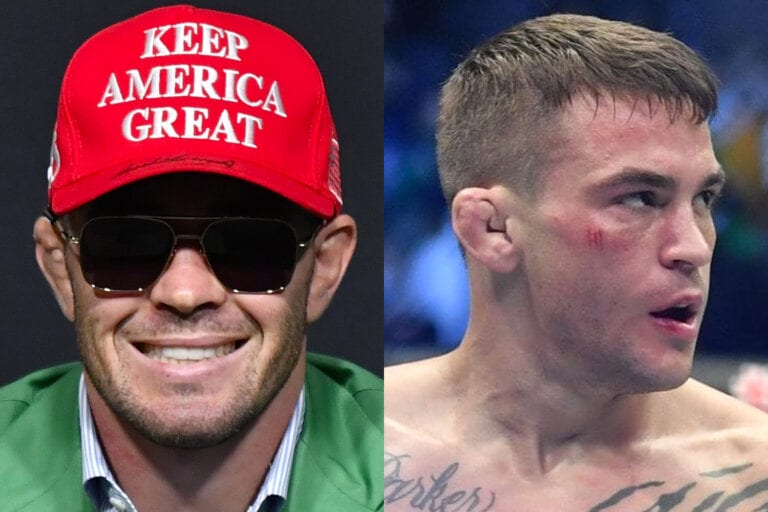 Colby Covington has hit out at former friend Dustin Poirier over a video that allegedly depicts Poirier mocking an amateur fighter.

Covington and Poirier were formerly teammates during their days at American Top Team. However, their relationship has soured as the years have gone by due to Covington’s polarising persona.

The two men have gone back and forth at one another with Colby now suggesting Poirier once dropped and taunted an amateur opponent at ATT.

Now, during a recent interview with MMA Junkie, “Chaos” has gone into more detail about the incident. 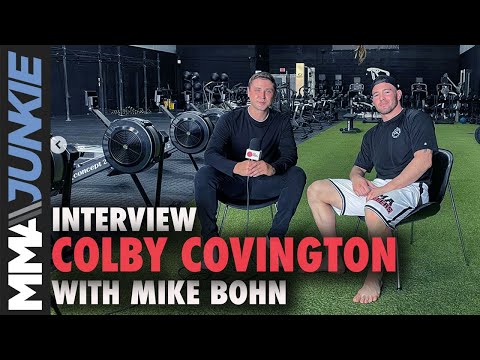 “Dustin (Poirier) is not a nice, charitable guy,” Covington said. “He is a piece of sh*t person — let me show you this video, Mike, so you can see it off-camera, I can’t show it on camera, look at this, look at this fight, this was at training.

“Wait, this is an amateur, by the way, no headgear, he was going training with him, watch. Watch what he says in his face, ‘And New’ — he’s rubbing it in the kid’s face after he drops him. What’s nice and honourable, and charitable about that?

“You just dropped an amateur who came to help you train for Khabib (Nurmagomedov) which — why are you training with amateurs when you’re preparing for Khabib as it is?” Covington continued.

“You have the best wrestler, the best cardio freak in the gym as there is at the gym at the time, but you chose to train with amateurs and you’re supposed to be this good guy but you’re not and you’re knocking out amateurs, and you’re yelling in their face, ‘And New’.

Poirier is set to get back into the octagon on July 10 when he faces Conor McGregor in their long-awaited trilogy bout at UFC 264.