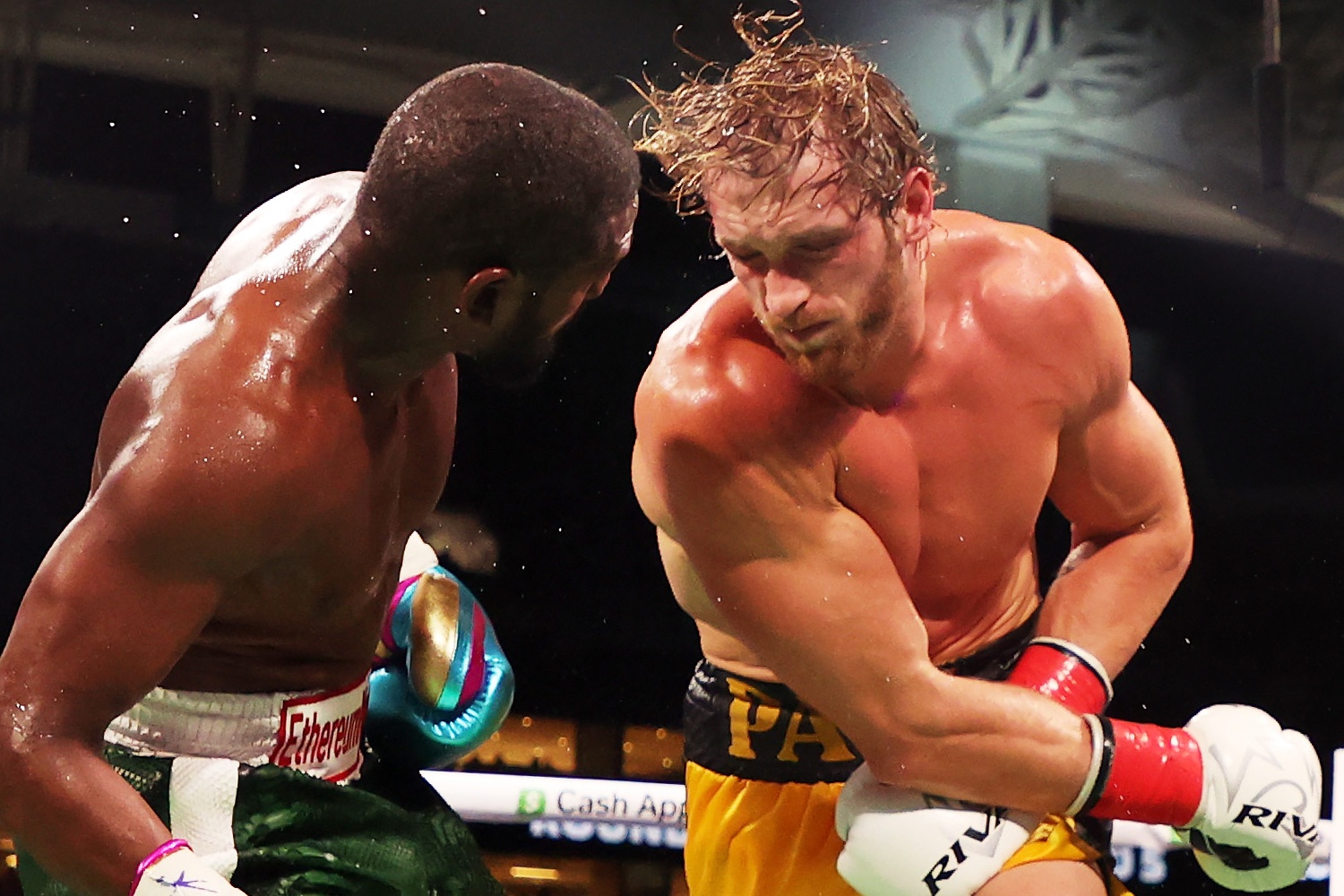 Logan Paul has hit back at the theory that he was knocked out by Floyd Mayweather during their boxing exhibition on Sunday night.

Paul, who was an overwhelming underdog heading into the fight, managed to do what many assumed he wouldn’t and went the distance against one of the greatest boxers of all time.

However, that hasn’t prevented some from suggesting the whole thing was a shambles – with eagle-eyed viewers even implying that Paul was knocked out at one stage of the fight. From there, they believe Mayweather held him up to ensure the bout went the full eight rounds.

During a recent Instagram story, Paul addressed these allegations.

The moment Floyd Mayweather Knocked out Logan Paul but held him up so the fight can continue. #FloydMayweather #loganPaulVsmayweather pic.twitter.com/bF0B1POfQh

“I’m seeing this narrative going around where there’s one part of the fight where Floyd punched me and I kind of leaned down a little bit.” Paul said in response.

“It looks like I kind of went limp, and people are trying to spin it and say that he knocked me out and caught me, and kept me up to keep the fight going to the eighth round.

“Make no mistake, he got a lot of good punches in. There’s a couple of photos where I got f***ed up a couple of shots.

“I didn’t know my face could make that shape, but I was never rocked, and I never blacked out, never obviously got knocked out. He never held up, he tried to take me out but he couldn’t. It was great.”

In the end there was no formal winner declared as both men walked away with millions of dollars they didn’t have before.

At this stage in proceedings, the attention will likely turn towards Jake Paul and how he fairs during his August 28 showdown against former UFC welterweight king Tyron Woodley.