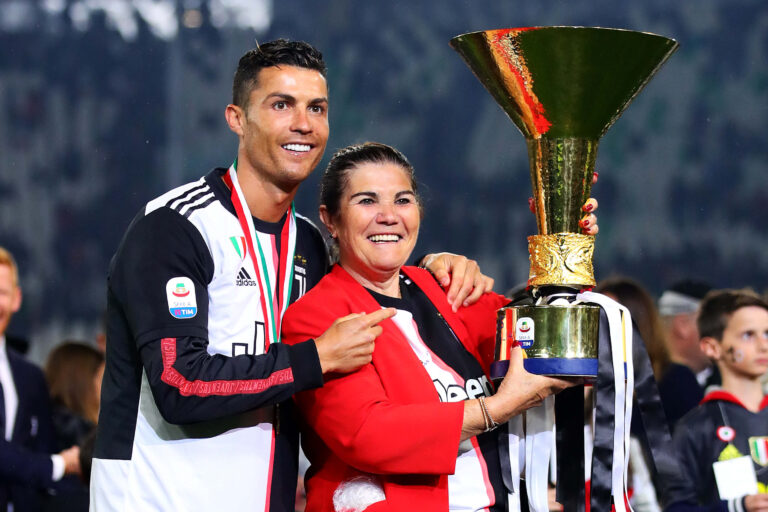 The mother of Cristiano Ronaldo has revealed that she would like to see her son return to boyhood club Sporting Lisbon.

Dolores Aveiro wants either Ronaldo or his son, Cristiano Jr, to play for the Portuguese club.

Sporting won the Portuguese title last season for the first time in 19 years last campaign, and have started this season strongly. They have recorded four wins and two draws in their first six games, with only Benfica (six wins) having accumulated more points thus far.

In the early months of 2021, there were rumours that Ronaldo would return to his boyhood club in the summer transfer window.

The forward came through the academy at Sporting before moving to Manchester United in 2003 as an 18-year-old.

But Ronaldo’s destination this summer was once again Manchester, rejoining the Red Devils from Juventus.

He has started his second spell at the club strongly, scoring four goals in his opening three appearances in all competitions.

Ronaldo signed a two-year deal with United, which would take him up to the age of 38. He also has the option for a third year at the club.

His mother has stated that she wants to see Ronaldo play for Sporting before he retires – but would settle for Cristiano Jr, who is currently aged 11, playing there if he turns professional.

Speaking to an official Sporting Lisbon podcast, she explained (quotes via ESPN): “Ronaldo has to come back here. If it were my choice, he would already be here.

“He likes to watch Sporting games. I’ve already told him, ‘Son, before I die, I want to see you return to Sporting’. He says, ‘Let’s see’.

“But if I can’t be him, then Cristianinho! At his age, he plays better than Ronaldo. At that age, Ronaldo didn’t have a coach but today Ronaldo is his son’s teacher.

“He’s already saying, ‘Dad, when we move to Lisbon I want to play for Sporting’. Now he’s starting out at Manchester [United].

“Seeing the two of them together at Sporting was my dream, it would be spectacular.”