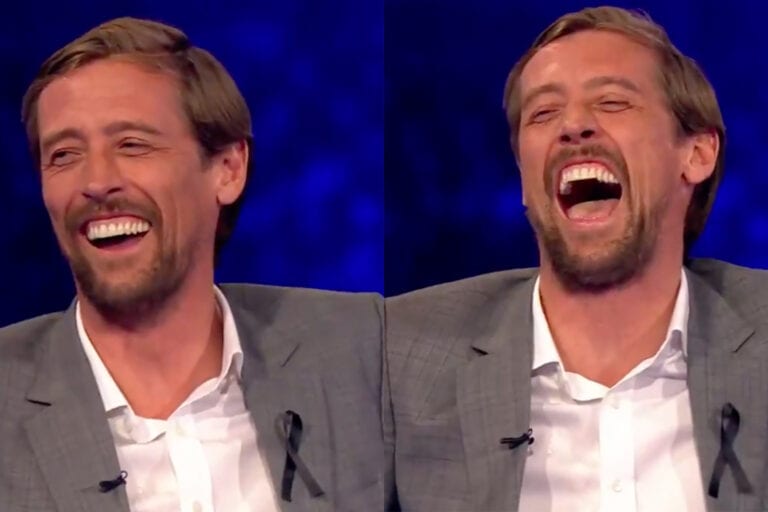 Peter Crouch has created another moment of TV gold by forgetting his own Champions League achievement.

The former Liverpool and Tottenham forward has done quite well for himself since hanging up his boots. From his own TV show, to being a pundit to having a successful podcast, the 40-year-old is proving why he was such a popular figure during his playing days.

Peter Crouch – underrated even by himself

Last night, Crouch was part of the BT Sport team for the Borussia Dortmund vs Manchester City game. In the wake of City’s big win, a large portion of the focus was on Phil Foden after another impressive performance.

After Jake Humphrey explained that Foden was only the fifth English player to score in both legs of a Champions League quarter-final, he asked the rest of the punditry team if they could name any of the other four. Wayne Rooney, Frank Lampard and Raheem Sterling were all mentioned, but nobody knew who the final name was.

? @petercrouch really forgot that he'd scored in both legs of a Champions League quarter-final…

Humphrey revealed it to be none other than Crouch himself, to which he responded “was it?!”.

One of the most popular trends of Crouch’s career was that he was constantly underrated by fans and media members alike. From his incredible goals to scoring 22 in 42 appearances for England, he had a better record than most ‘big’ names.

On the flip side, it’s hard to picture a scenario in which the media makes the same mistake with Phil Foden who is rightfully being lauded by all corners of the footballing world.

His consistently brilliant performances have made him for many, an absolute must in Southgate’s starting XI at the Euros, and it’s hard to argue otherwise.

Still though, can’t imagine he performs the robot half as well as Crouchy could.