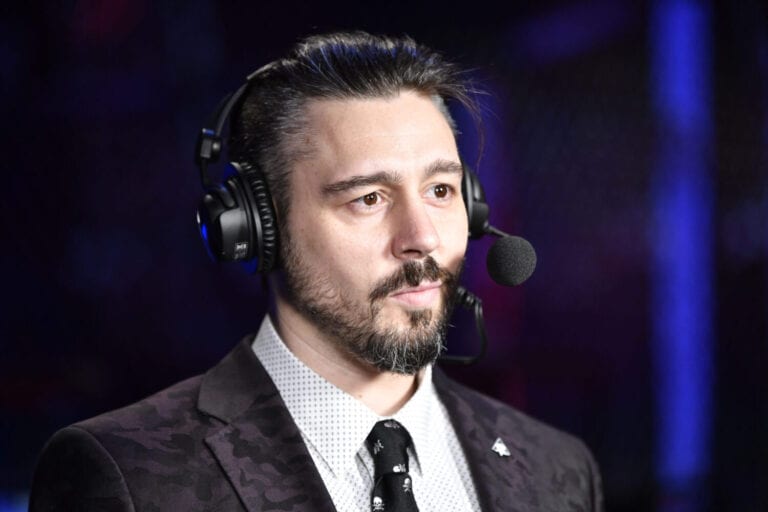 Dan Hardy has released a statement following his departure from the UFC.

The former welterweight contender-turned commentator’s release came as a surprise to many when the story broke a few days ago. Early reports suggested it was due to an altercation on Fight Island, but no other details had been confirmed.

Now, through Dan Hardy’s Full Reptile website, he has offered his own version of what led to the decision.

“Apologies for my silence on this current situation. I’m still chasing answers privately, and it’s taking some time. This is what I can say, at this point.” he explained.

“It was a verbal disagreement between myself and a member of the UFC staff. It was forthright but not aggressive, and specific to work. I have apologised to the individual, for the embarrassment they must have felt, as a small handful of our colleagues from the British media were present.

“We were taking a brief break from recording UFC 258 content, a few hours after the Holloway Kattar event had concluded, when the disagreement occurred. The conversation could have definitely taken place in a better location, and under better circumstances.”

Hardy went on to say BT Sport have not fired him and that he hopes to work with them still moving forward.

“BT Sport have not fired me, and are still keen on working with me in some capacity. I’m appreciative of their interest in a continued collaboration. Thank you all for the support in the comments across their accounts. They are paying attention and making efforts, although there is pressure to push me out entirely.”

“It has been suggested that a reconciliation between myself and the UFC is possible, and of course, I hope that is the case.

“I have yet to speak to, or hear from Dana, and get a better understanding of his perspective on the situation. The result of their brief and private investigation has left me with little closure, and hope that at some point I’m able to get more information of what I’ve actually been accused.”