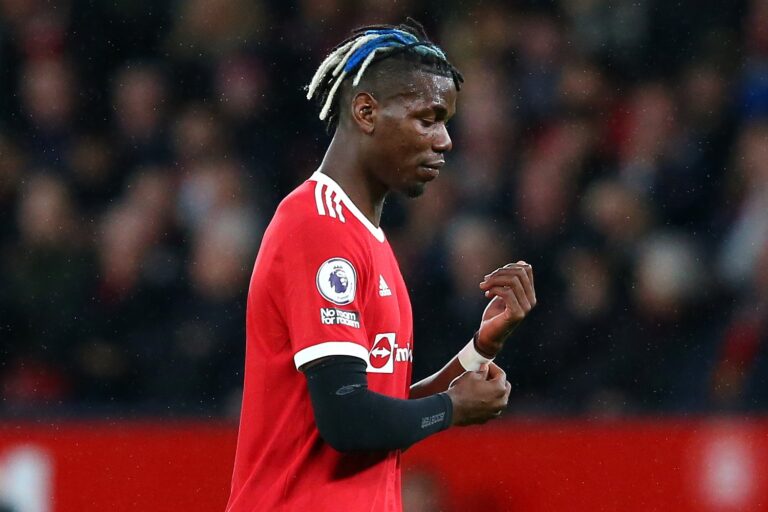 Manchester United midfielder Paul Pogba has hit back at the rumours suggesting he snubbed Ole Gunnar Solskjaer after the club’s loss to Liverpool.

It’s been a turbulent few days for Manchester United Football Club with the masses speculating over the future of Ole Gunnar Solskjaer and his position as manager. It comes in the wake of a humbling 5-0 defeat at the hands of bitter rivals Liverpool on Sunday in a game that also saw Paul Pogba pick up a red card.

The Frenchman walked off the pitch in what served as the cherry on top of a disastrous day at the office for the Red Devils.

In the aftermath, there were headlines accusing Pogba of “snubbing” Solskjaer and pausing any contract extension talks with the club. As per Pogba himself, that was supposedly another case of “fake news”.

Mino Raiola, the agent of Paul Pogba, has never been afraid to speak out on behalf of his client and put his name in the spotlight – and in the transfer talk sphere.

It’s no secret that Pogba has flirted with the idea of bringing his second spell at Old Trafford to an end on several occasions but with every transfer window that goes by, nothing quite seems to come of the whispers.

On the flip side, t’s easy to believe that there’s a divide in the United dressing room regarding Solskjaer and whether or not he’s right for the role. After all, the Liverpool loss came on the heels of disappointing results against Leicester, Everton, Aston Villa and West Ham – with Tottenham, Atalanta and Manchester City all to come in the next few weeks.

Pogba wouldn’t be making any substantial progress in departing until at least January and with that in mind, it seems like his focus should be on steadying the ship in Manchester before thinking about anything else.

Sure, he smirked when he came off after the red card, but he’s always been a player who knows how to pick himself up and move forward in times of crisis.