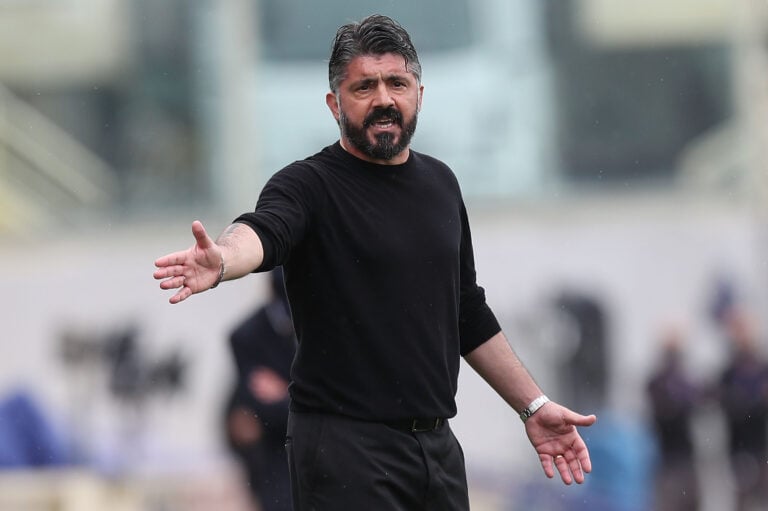 Gennaro Gattuso is reportedly willing to accept a short-term contract at Newcastle until the end of the season to take over from Steve Bruce, according to reports.

The Magpies were taken over by an investor group led by Saudi Arabia’s Public Investment Fund (PIF) earlier this month.

Focus then turned to the future of Bruce, who had overseen a winless start to the Premier League season after seven games. That streak would extend to eight games after a 3-2 defeat to Tottenham in the first game of the new ownership.

Newcastle parted company with the 60-year-old on Wednesday – and fans have since been debating who could be the ownership’s first appointment.

Understandably, given the newfound spending power of the Magpies, the club has been linked with a number of big-name managers. Leicester boss Brendan Rodgers was quickly installed as one of the favourites before stating that he was committed to his current club. There have also been reports surrounding the likes of Paulo Fonseca, Eddie Howe and Lucien Favre potentially taking over.

Most Newcastle fans are keen to see a new manager installed swiftly, given that they currently sit 19th in the Premier League table, three points away from safety. And former AC Milan and Napoli boss Gattuso has emerged as another name potentially in the running.

Italian journalist Fabio Santini told Il Processo: “Attention, there is a sensational twist for what concerns Gennaro Gattuso. The coach could land in the Premier League, at Newcastle.”

“The Calabrian coach would also accept a fixed-term contract until the end of the current football season.”

This is not the first time the Italian has been linked with the top job at Newcastle. In 2019, Gazzetto dello Sport claimed that he was in the running to replace Rafael Benitez before the appointment of Bruce.

This time around, there certainly seems to be plenty of competition for the role, meaning the decision that the Newcastle hierarchy take will no doubt be watched and analysed with keen interest.

The claim that Gattuso would accept a short-term contract could work in the club’s favour, with the priority to keep Newcastle in the Premier League this season.