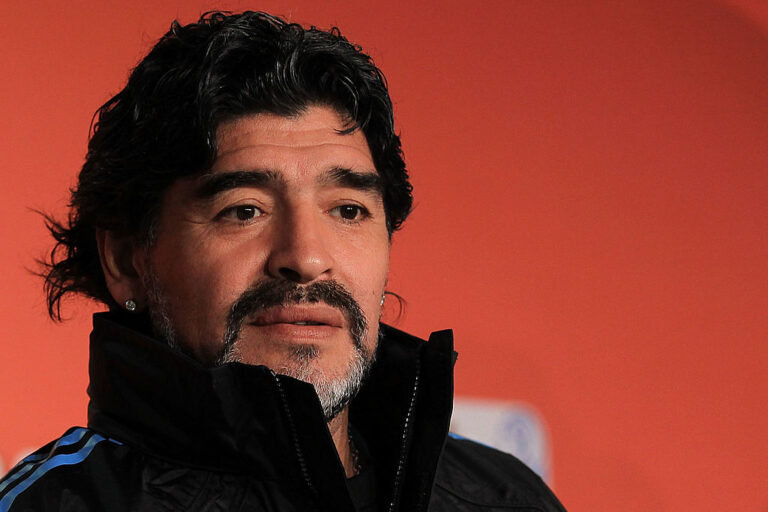 Diego Maradona played with some of the greatest players of all time, but he believed that one Real Madrid star was better than them all.

Throughout his storied career, the Argentinian sensation proved himself as one of the most gifted players to have ever graced the pitch. The playmaker, renowned for his remarkable dribbling skill and ability to pick the perfect pass, achieved an incredible amount.

He picked up league titles in Spain and Italy and, albeit controversially, dumped England out of the competition en route to winning the 1986 World Cup.

With his supreme talent considered, most fans would have expected Maradona to select himself as the GOAT. However, even he had to bow down to a ‘La Casa Blanca’ legend.

In recent years, crowds have watched in awe as Lionel Messi and Cristiano Ronaldo have produced some unforgettable moments of magic. Even before their time, many regarded Pele as the ultimate football king. But in Maradona’s eyes, none of these men matched up to the bar set by Alfredo Di Stéfano.

In a 2019 interview with TYC Sports as per AS, the Argentinian revealed why he held his countryman in such high regard.

“I think the best was [Alfredo] Di Stéfano, he was superior to everyone – even me. Pelé didn’t want to recognise Di Stéfano’s talents. Pelé’s friends invented a trophy especially for him for being a living legend of football. I even beat Pelé in Río for being the best in history.”

Why Di Stefano was so good

After making a name for himself at River Plate, Di Stefano captured worldwide attention. He utilised his impressive power and sky-high IQ to dismantle defences and fire shots past the goalkeeper with relative ease. The natural-born goalscorer bagged 100 goals in 111 appearances at Colombian side Millionarios before moving to Spain.

In addition to hitting the back of the net 308 times, the forward helped Madrid win eight La Ligas and a whopping five European Cups.

But his achievements extended far beyond the club game. In 1947, he bagged a Copa America, then known as the South American Football Championship, which only bolsters his case for being the best player to have ever laced up the boots.