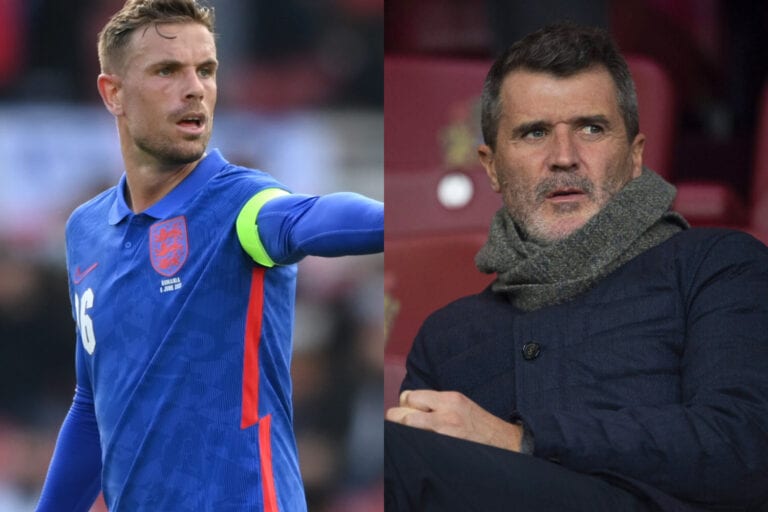 Henderson, who hadn’t played since sustaining an injury against Everton earlier this year, came on as a substitute for the Three Lions in their final pre-Euros friendly against Romania.

“I think it’s a huge distraction”

The Liverpool captain made an executive decision in the second half to take a penalty that would’ve put England 2-0 up. In doing so, he took the opportunity away from Dominic Calvert-Lewin, before proceeding to miss the penalty – raising questions from manager Southgate in his post-match press conference.

Before the game had even kicked off, though, ITV pundit Keane had already given his thoughts on the prospect of Henderson playing a featured role in this summer’s tournament.

“I was convinced Jordan was going to play the other day [against Austria],” he said. “I think it’s a huge distraction – he’s clearly not fit.” Keane said.

“I don’t think he should be involved. If he can’t start against Romania, he’s not fit. 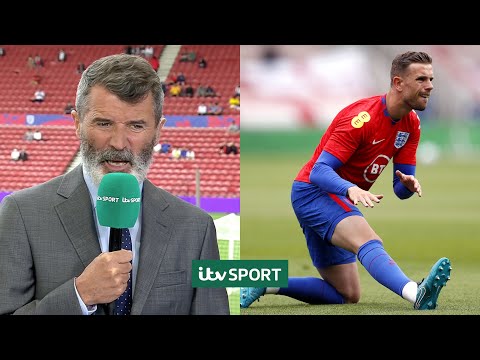 “He’s not kicked a ball for three and a half months and he’s going to European Championship? He can’t be right.”

“I’ve heard a lot of people say they want him around the place. For what?

“Does he do card tricks? Does he have a sing-song? Does he do quizzes in the evening? What does he do? Liverpool won’t be happy either.

“Surely Jordan doesn’t want to be around the place being some sort of cheerleader, you want to play and clearly he’s nowhere near it.”

While many will agree that in-form players should be given priority in the starting XI ahead of others, the Reds skipper has been a firm favourite of Southgate since taking charge of the national side.

Henderson will be hoping to make an appearance this Sunday when England begin their Euros campaign against Croatia at Wembley.