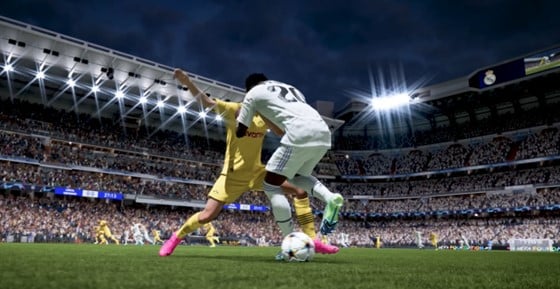 EA Sports’ recent hilarious blunder led to an apology after they listed FIFA 23 on the Epic Games store for the equivalent of 5p.

The incident actually occurred on the Indian Epic Games store. This is one of many different places where you can play the game. Other platforms include Steam, Xbox, PlayStation, Stadia, and Nintendo.

Upon making their latest offering available to pre-order, EA dropped both the Standard and Ultimate editions of FIFA 23 with vastly different prices – but not how you would expect.

Following the error, EA had to come out and address the issue, fixing the game to its correct price. Despite this, they emailed those who got the game on the cheap and gave them further good news.

“We scored a pretty spectacular own-goal when we inadvertently offered FIFA 23 pre-purchase on the Epic Games Store at an incorrect price,” said EA in an email, per IGN. “It was our mistake, and we wanted to let you know that we’ll be honouring all pre-purchases made at that price.”

So, a whole host of people will be able to keep the next FIFA after paying just 5p. However, considering that FIFA generates over £1 billion in profit each year, this gaffe likely did not dent EA’s pockets too much.

But what will the lucky people get with their Ultimate Edition pre-order?

Most importantly, by picking up the Ultimate Edition, players will be able to access FIFA 23 three days early. In addition, they receive a free Ones to Watch Ultimate Team player item, 4600 FIFA Points, and a Team of the Week player item.

If you pre-order before August 21, you can also receive a free Marvel FUT Hero.

Further Ultimate Team benefits come in the form of loans, too. Ultimate Edition buyers receive a loan Kylian Mbappe card for five matches. Another player pick for a loan version of a FUT Ambassador makes for additional star players to boost your squad. The players to choose from here are Alphonso Davies, Heung-Min Son, and Vinicius Junior.

In contrast, the Standard Edition comes with just the same Ultimate Team loan picks, plus a “homegrown talent” boost for career mode. They also get a Team of the Week player for free, like the Ultimate Edition.

Standard Edition buyers miss out on the FIFA Points and ‘Ones to Watch’ player. However, this edition does cost less than its Ultimate counterpart, so you do save money.

Those who pay extra will get early access to the game, with FIFA 23 available from September 27. For everyone else, the worldwide release is on September 30.