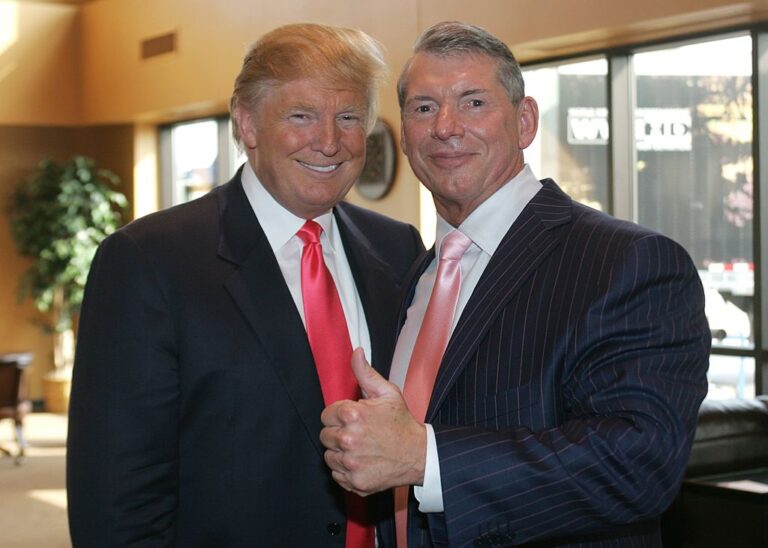 A WWE Board investigation has found that former WWE Chairman Vince McMahon paid $5 million to a Donald Trump charity between 2007 and 2009, according to a new report.

The Wall Street Journal reports that these payments were made to the now-dissolved Donald J. Trump Foundation. They are part of around $20 million worth of previously unrecorded expenses.

WSJ was told by an attorney representing WWE that the payments should have been recorded as business expenses. That is because McMahon was (and still is) a majority shareholder of WWE, and the payments benefitted the company.

Trump made two appearances in WWE during the time frame. It is reported, according to an attorney representing WWE, that he was given a $1 million fee by WWE for the first of two appearances. In addition, they say the McMahons paid a personal contribution of $4 million to the Trump foundation.

After his second appearance, McMahon and his wife, Linda, reportedly donated a further $1 million to the foundation, as well as giving a $100,000 appearance fee to Trump himself (via CNBC).

The WSJ report states: “The $5 million was listed on the foundation tax returns as coming from WWE, but the company said in securities filings this month that the payments came from Mr. McMahon personally.”

What did Donald Trump do in WWE?

In 2007, Donald Trump was part of a high-profile storyline in WWE. It featured himself, Vince McMahon, Bobby Lashley and Umaga.

At WrestleMania 23, Lashley (representing Donald Trump) and Umaga (representing Vince McMahon) faced off in a Hair vs Hair match. Whichever wrestler lost, the billionaire they were representing had to have their head shaved.

It is also claimed in the WSJ report that Trump ensured that under no circumstances would he have his head shaved after the match.

The future 45th President of the United States made another appearance in WWE. This time, it was on Raw in 2009.

McMahon announced on the previous show that he had sold Raw to Trump. However, on June 22, the ex-WWE Chairman offered to buy the show back, which Trump accepted.

The 76-year-old was inducted into the WWE Hall of Fame celebrity section in 2013.