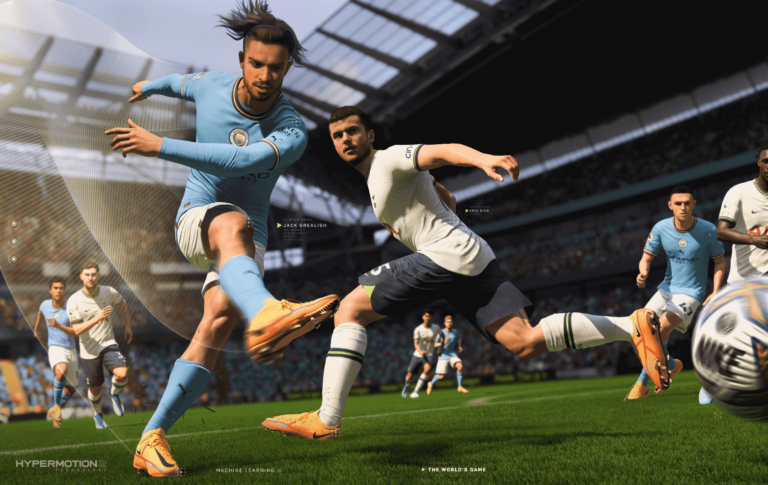 With FIFA 23 almost here, EA have decided to make several changes to the in-game sound system, including the addition of horse noises after you score or concede a goal.

On September 27, fans worldwide will flock to the stores to buy the latest copy of the award-winning franchise. And to get the public excited ahead of the release date, EA have begun releasing snippets of information.

Since its inception in 2009, Ultimate Team has become the game’s most popular feature. Therefore, the developers work tirelessly to ensure the game mode meets expectations.

This year, they’ve changed the chemistry system, added a plethora of new Heroes and most importantly, added cross-play. Gone are the days of only being able to play your friends if they have the same console. Now, PS5 and Xbox Series X gamers can finally settle their rivalries once and for all.

But while these features make a great deal of sense, we’re not quite sure what to make of EA’s latest revelation.

We’ve all heard fans make some outrageous sounds after their club scores a goal, but we’ve never heard anything like this. In an unusual addition, EA have added many customisable sound effects, which can be utilised after you put the ball in the back of the net.

In addition to klaxons and sirens, players can select a loud ‘neigh’ sound to really rub salt into their opponent’s wounds. The idea is to allow gamers to bring their personalities to life. While conceding a last-minute goal always hurts, hearing a horse lose its marbles as a result will only worsen the pain.

You can see the new addition to the game at 6:50 in the below clip:

Like most celebrations, it’ll be great to use, but incredibly annoying for someone to use it against you.