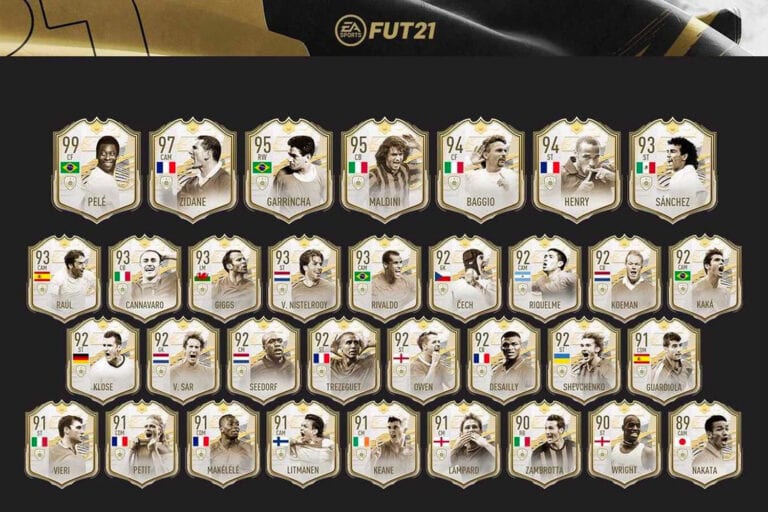 EA Sports has confirmed it has launched an investigation into allegations that employees are selling FIFA 21 rare player cards to Ultimate Team players.

Cards can only be bought or obtained in-game on the transfer market using coins, by completing squad building challenges or by using coins or FIFA Points to open packs.

But reports surfaced on Wednesday claiming that an EA employee had given players prime icons and other special cards, in exchange for money (as can be seen in the tweet below). These claims are yet to be confirmed.

Ultimate Team is the most popular game mode on FIFA. It reportedly accounted for a total revenue of over $1.4 billion in the last financial year.

However, EA has received criticism over the use of FIFA Points ever since FUT was first launched in 2009.

Debate has raged in recent years about whether player packs on FIFA can be defined as ‘loot boxes’. The dictionary definition of the term is “a box containing a prize of unknown value, especially one offered for sale to players as part of an online game.”

In 2019, Belgium announced a ban on loot boxes, declaring them “in violation of gambling legislation“. Those bought using real money were removed from games.

An EA vice-president stated in the same year that the packs are ‘surprise mechanics‘, rather than loot boxes.

In a statement posted on Twitter, EA confirmed that they would be launching an investigation into the allegations regarding the sale of rare player cards.

They said: “We are aware of the allegations currently circulating within our community related to FIFA 21 Ultimate Team items.

“A thorough investigation is underway, and if we identify improper conduct, we will take swift action.

“We want to be clear – this type of behaviour is unacceptable, and we in no way condone what is alleged to have happened here.

“We understand how this creates concern about unfair balance in the game and competition.”

To conclude, they added: “We will update the community as we get more clarity on the situation.”