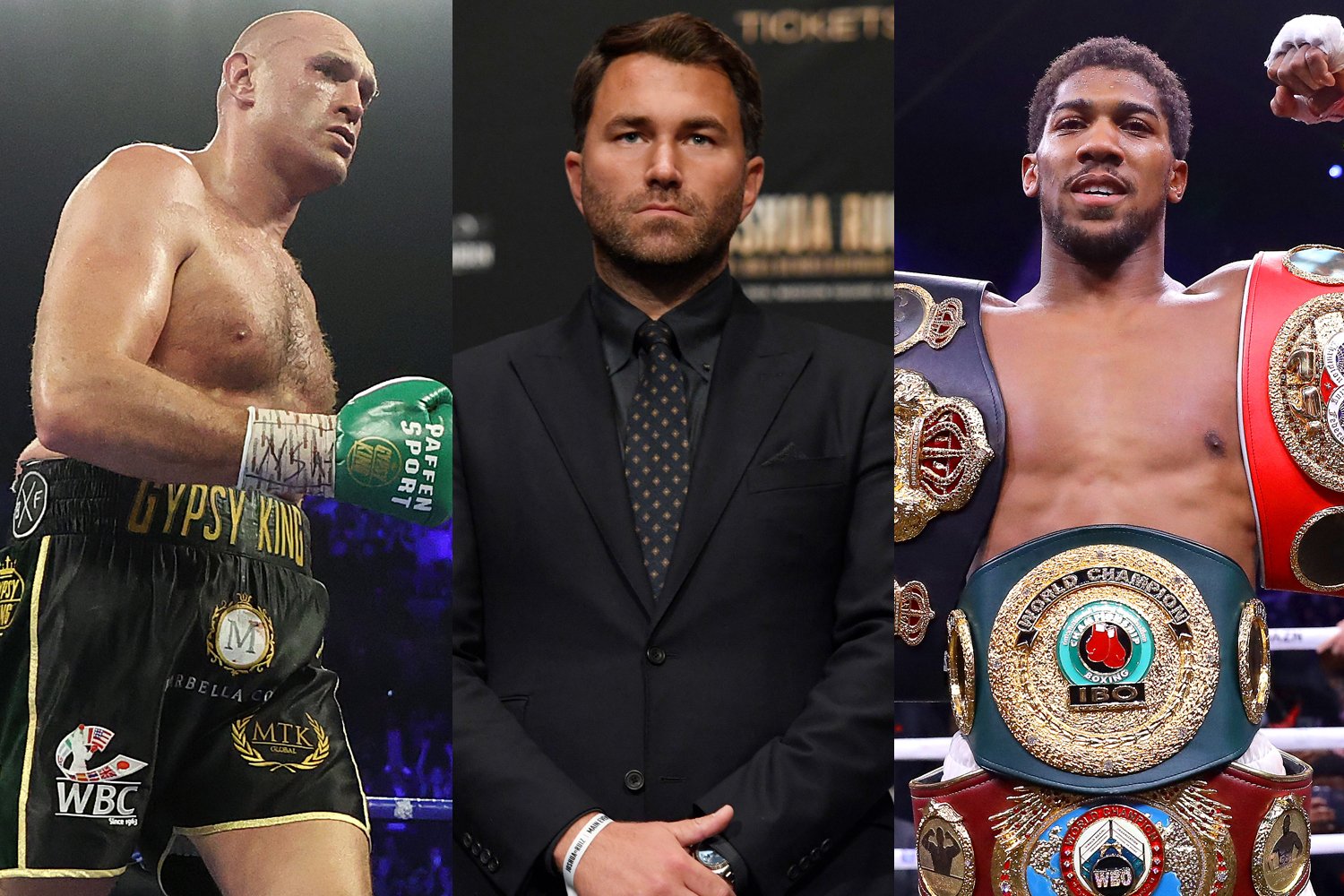 It’s the fight everyone wants to see but for a number of reasons, the highly anticipated meeting between Tyson Fury and Anthony Joshua is still yet to come to fruition.

Both have fights scheduled in for December, with Joshua set to defend his WBA, IBF, WBO, and IBO heavyweight titles against Kubrat Pulev on the 12th, while Fury recently confirmed a bout with an unnamed challenger.

Should things go according to plan for both, we’ve got everything crossed that it will be a meeting between the pair up next.

Eddie Hearn has previously said the fight would definitely happen, now he’s spoken about when that could potentially be, along with a date for any potential rematch.

“I think it’s about where and of course they’re two British heavyweight world champions, and if one of those fights at least didn’t take place in the UK it would be a shame.

“I know ultimately people think it’s my decision but it’s really not. We will take all the offers that will come from all around the world and present them to both teams and both fighters. Ultimately, normally, the biggest offer wins.”

Fury had been dubbed to face off against Wilder for a trilogy fight, however the Gypsy King has since said he’s moved on from those plans.

“I was looking forward to smashing Wilder again. A quick and easy fight,” he told the Athletic. “But Wilder and his team were messing around with the date.

“They don’t really want to fight the lineal heavyweight champion. They know how it ends. The world knows how it will end: with Wilder on his ass again.”