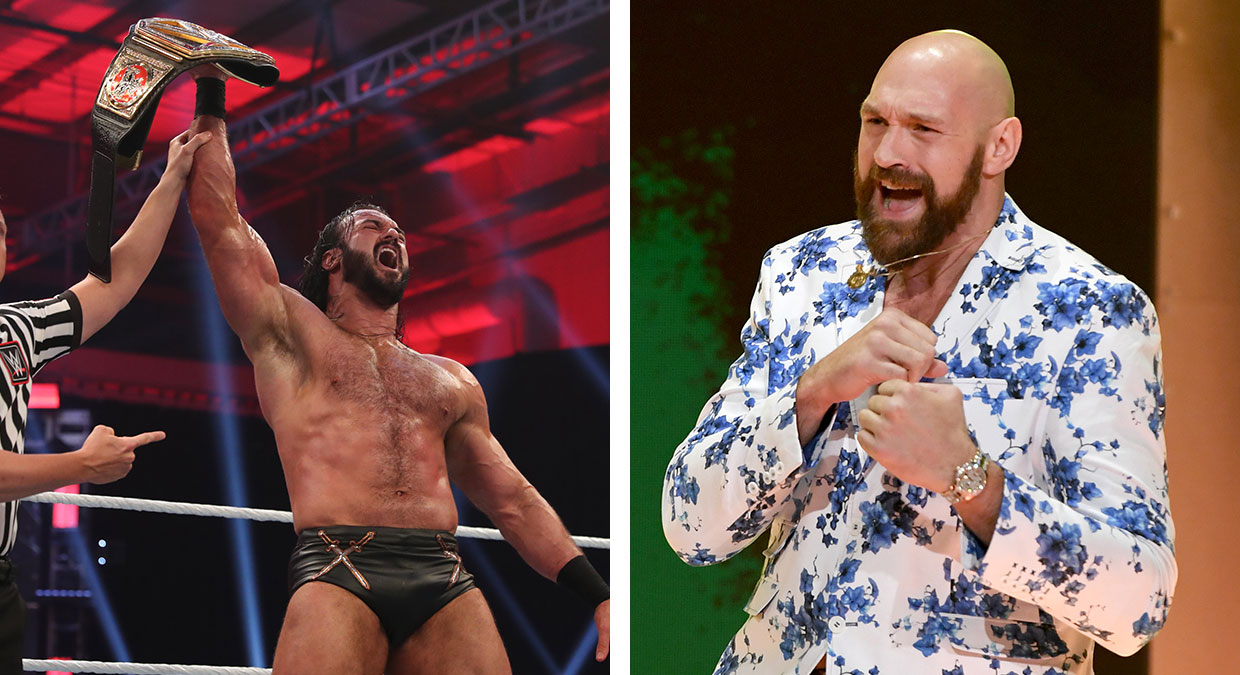 Tyson Fury has accepted Drew McIntyre’s challenge for a match after the new WWE Champion called out the Gypsy King.

McIntyre’s rise to the top has been remarkable after returning to the company 3 years after being released to then go on and win the Royal Rumble in January.

? April 2020
✅ Becomes the 1st EVER British @WWE Champion by beating @BrockLesnar at #WrestleMania.

? An incredible journey to the top by @DMcIntyreWWE. pic.twitter.com/NOcBkXvvdm

Last night’s victory at the biggest WWE show of the year capped off his journey and he wasted no time in calling out his next opponent.

Speaking to Ally McCoist on Talksport, the newly-crowned WWE Champion said: “The next thing I want to do is fight Chris Sutton.

“And Tyson Fury was talking trash, let him know I’ve won the belt and after I beat Sutton I’m coming for Fury.”

? “I know Tyson Fury’s on the show… he was talking trash about me!”

We would love to see that! ?? pic.twitter.com/QRCU3j1suO

The Gypsy King, who was set to face Deontay Wilder in a trilogy fight in July being it was postponed, fired back straight away.

He posted the picture of him at WWE’s Crown Jewel event in Saudi Arabia after beating Braun Strowman on Instagram with the caption “@DMcIntyreWWE has call me out after his @WWE WrestleMania 36 victory.

@dmcintyrewwe has call me out after his @wwe Wrestlemania 36 victory, first I say congratulations and what a fantastic job. Secondly I accept his challenge, anytime any place, anywhere.????

“First I say congratulations and what a fantastic job. Secondly I accept his challenge, anytime any place, anywhere.????”

Fury also joined Talksport later in the morning, joining Laura Woods’ show to fire some trash talk back to the Scot – which you can listen to in the clip below.

“I’m open for the challenge, I’ve beat one giant wrestler!” ?

“I ain’t a 45-year-old man like Lesnar, I’m in the prime of my life!” ?@Tyson_Fury is ready to take on WWE World Champ @DMcIntyreWWE! ? pic.twitter.com/l3yIjO4W4D

Could we see Fury return the ring to battle McIntyre? We’d certainly like to see another run after his brief one last year!