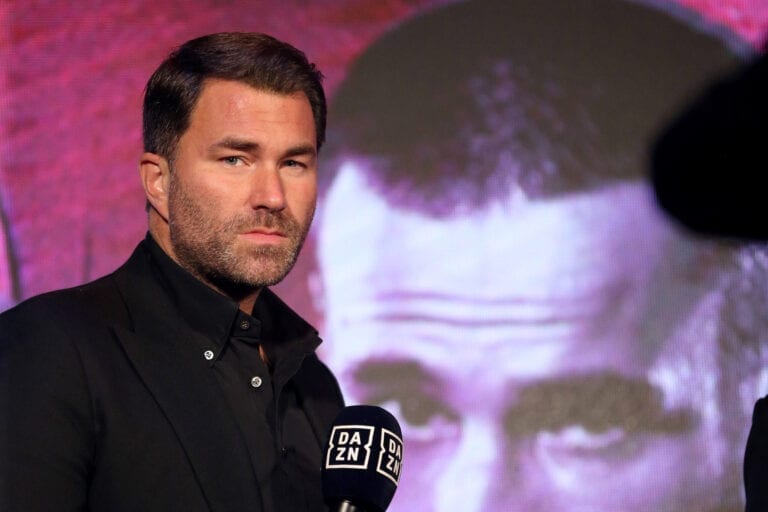 It was recently announced that Floyd Mayweather’s divisive boxing match with Logan Paul will be shown on Sky Sports pay-per-view in June.

Eddie Hearn has worked closely with Sky for years, though has reportedly signed a new deal with DAZN which could spell the end of that relationship in its current state.

The promoter was asked about the upcoming bout being shown on Sky Sports Box Office and he clearly wasn’t completely on board with the prospect.

“You can’t blame me for that one! Dreadful” He joked.

Hearn has been critical of the showdown on more than one occasion, and didn’t change his tune this time round either.

“Listen, people are gonna watch it, aren’t they?” 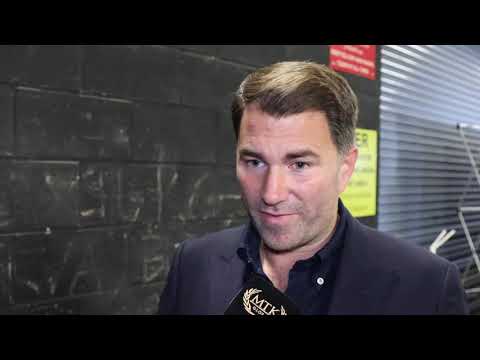 “Look, I did Logan Paul vs KSI… but it was a fight between two YouTubers who couldn’t really fight. Now you’ve got a bloke who can’t fight against one of the greatest fighters of all time.

“I can’t go back on my word of what I’ve already said about the fight because it’s now on pay-per-view.

“I wasn’t involved with it, it’s got nothing to do with me, enjoy the show.”

Sky are yet to confirm the costing for the bout, though over in the US the card will be available on Showtime PPV with a price tag of $50.

Mayweather is widely regarded as one of the greatest boxers of all-time, boasting a perfect 50-0 record. Paul’s record is the complete polar opposite, sitting at 0-1 after suffering defeat to fellow YouTuber KSI.

The fight has been a major point of contention among the combat sports world, with many labelling the whole thing as a farce and damaging to the sport. However, there is a flip-side to the argument that it could bring a wave of previously unreached fans to the sport.