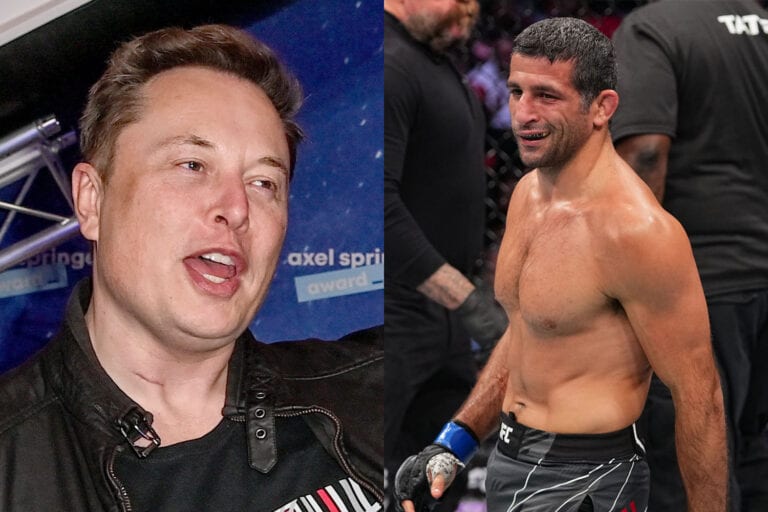 This past Saturday night, Dariush earned the biggest win of his career with a convincing unanimous decision triumph over Tony Ferguson. It marked the third straight loss for ‘El Cucuy’ whereas Dariush is riding a fantastic seven-fight win streak.

More often than not UFC fighters will take their chance to call a rival out in the aftermath of a big win. Instead, though, when he was talking to Joe Rogan, the 32-year-old decided to focus his attention on one of the richest men on earth.

His gripe came down to a delay in the delivery of a Tesla he had ordered back in December.

Coming soon. Sorry for the delay!

Looks like @beneildariush's Tesla is on the way ? #UFC262 pic.twitter.com/6uispScLjf

“DECEMBER, I order my car,” Dariush said. “Bro, I ordered the safest car, they told me. It’s the best car for my pregnant wife. And I’m still waiting. Elon, bro, what’s the deal, man? You told me March. We’re coming up on June. I want my car. Come on, bud. Big fan, big fan, but this is disrespect.”

As well as sealing victory on the night, Dariush managed to capture the attention of Musk, who promised that his car was on its way.

Dariush is now viewed as a legitimate lightweight contender by many fans and with the division being so open after Khabib Nurmagomedov’s retirement, there’s a real chance he could fight for the title in the future.

While Ferguson’s powers have certainly wavered, beating such a recognised name will do the 32-year-old the world of good in terms of visibility.

As for Ferguson, plenty of fans have questioned whether or not the defeat to Beneil Dariush will serve as his final appearance in the UFC following his tough run of results.