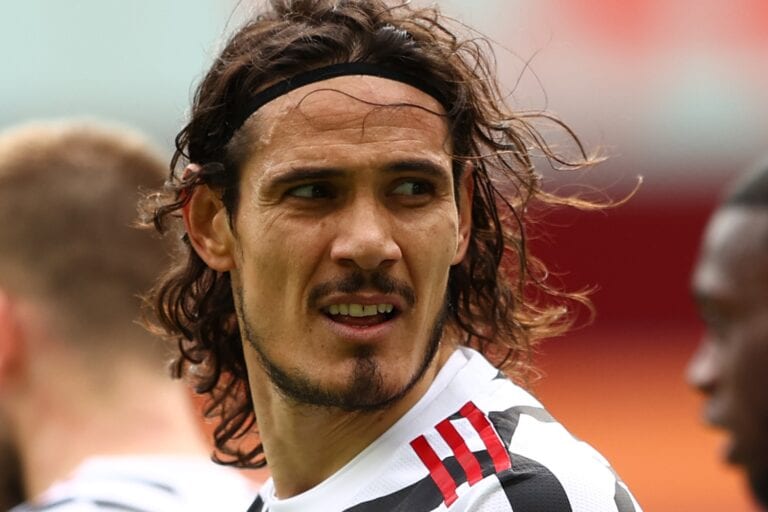 It was announced a few days ago that the Uruguayan had extended his deal for another year and will remain at Old Trafford. The news served as music to the ears of fans who have been praising Cavani’s outstanding work for the Red Devils ever since he signed for the club in 2020.

‘The possibility was real’

Still, while he has ended up staying in Manchester, there were times when a route back to South America seemed almost nailed on.

During a recent chat with Marcos Vitette, Cavani spoke candidly about the Boca Juniors discussions that dominated headlines, and what the future could hold for him.

“The possibility I was going to sign for them was real.” He revealed.

“But I was always clear. What has been said and printed is half true, half lies. Sometimes it’s like that. But the chance was real.”

When asked if the door was still open for a move there after his time with United, Cavani said: “I haven’t closed it.

“You’d need to ask Boca if the door is open. But today the reality is what it is, I’m at Manchester United and I’m fully focused.

“There are moments when you need to be near your roots and your loved ones.

“There’s not a year goes by when I don’t think about it.

“But the decision is a mixture of things, the affection of the people, the attitude of the club with me and my family, my teammates asking me to stay, the manager.”

Cavani’s influence has proved integral to United in recent weeks, topped off by two braces against Roma in the Europa League semi-finals. The opportunity for Mason Greenwood to learn from one of the most prolific strikers in a generation is also a massive bonus for the club.