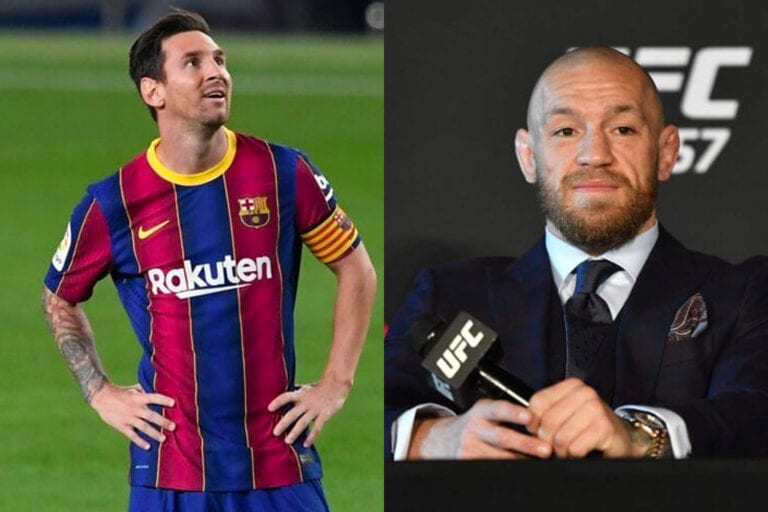 Conor McGregor has been named as the highest-paid athlete of the past year in Forbes’s annual list.

McGregor has only fought once in the UFC Octagon in the past year – a defeat to Dustin Poirier at UFC 257 in January. That fight earned him an estimated $22 million.

It was his non-fighting ventures that have been particularly profitable – he sold a controlling stake his whisky brand Proper No. Twelve for a reported $600 million.

Behind Messi in third is Cristiano Ronaldo ($120m), who scored his 100th goal for Juventus last night.

Paris Saint-Germain and Brazil forward Neymar is in sixth, with 20-time major tennis champion Roger Federer behind him.

According to Forbes’ list, Federer made just $0.03m in on-court earnings last year, explained by the fact that he missed most of the 2020 season with a knee injury.

In eighth place is Lewis Hamilton, who won his record-equalling seventh Formula 1 World Drivers’ Championship in 2020, as well as breaking the record set by Michael Schumacher (who also won seven titles) of 91 F1 race victories.

Rounding off the top 10 is NFL legend Tom Brady – who became the oldest player to receive the Super Bowl MVP award in February at the age of 43 – and NBA’s Kevin Durant.