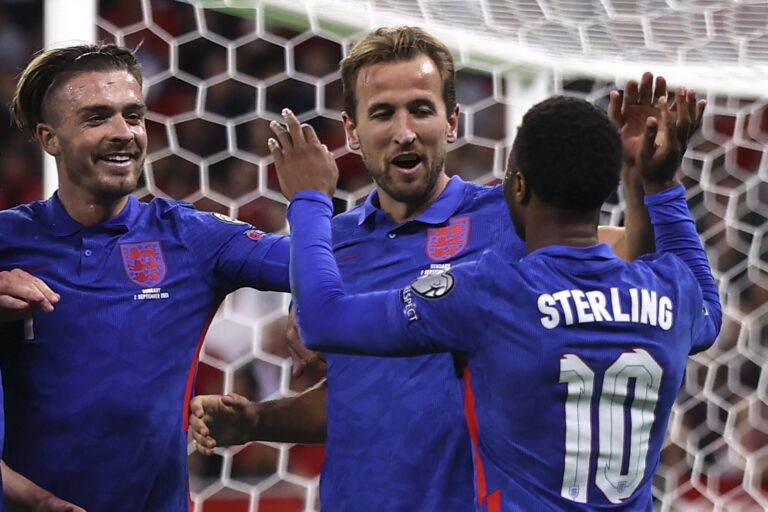 England supporters were quick to praise Raheem Sterling in the wake of his goal against Hungary last night.

The last few months have been tough for fans of the English national side after their heartbreaking penalty shootout loss to Italy at Wembley. Some felt as if it was by far the best chance the Three Lions would have to win a major international tournament in this era and while that may still be true, others are excited to see what this team can produce next year at the 2022 World Cup in Qatar.

Of course, they first need to make sure they actually qualify, and they took another big step towards doing just that last night with an emphatic 4-0 win over Hungary.

Unfortunately the game was once again overshadowed by reported racial abuse being directed towards some of England’s players but instead of walking off the pitch, Gareth Southgate’s men put the Hungarians to the sword with a victory that was kickstarted by a goal from Raheem Sterling.

After the match it was clear to see that everyone was chuffed with what the team had produced – which reminded us of this classic chant from a former England away day.

“Who put the ball in the racists net? Raheem f*cking Sterling!”

It’s clear for anyone to see that more needs to be done in order to eradicate this kind of behaviour, but last night, the boys did their talking on the pitch and that’s a credit to their composure.

England will now turn their attention towards their next qualifier against Andorra on Sunday.