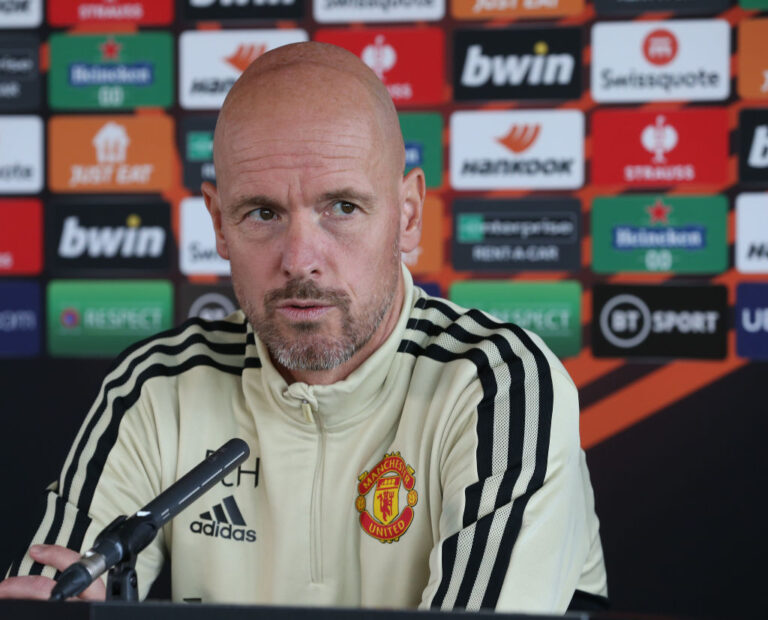 Erik ten Hag has called up three youngsters to the Man United first team ahead of their Europa League opener on Thursday.

The Red Devils have made a habit of promoting youth team players on a regular basis. For instance, academy graduates Marcus Rashford, Brandon Williams, and Scott McTominay are all in the current first-team squad – although Williams is not in the squad for continental competition.

This season, Erik ten Hag’s team has the Europa League to contend with alongside domestic league and cup fixtures. Although not as esteemed as the Champions League, the UEL is a prestigious competition.

United have enjoyed success in it too, winning the tournament in 2017 and reaching the final in 2021. Most lucratively, the winners of the Europa League now get entry into the next season’s Champions League. This certainly provides additional incentive to UEL teams, including the Red Devils.

Despite this, many clubs use the Europa League as an opportunity to give young players some experience. It looks like Erik ten Hag may be planning something similar with Man United, after moving up some starlets from the academy.

As per the Daily Mirror, three academy players received the call up from Erik ten Hag to train with the Man United first team this week. They are defender Tyler Fredricson, midfielder Kobbie Mainoo and forward Charlie McNeill.

Mainoo and Fredericson both stepped up to United’s U21 side, featuring in a recent 2-1 win over Carlisle in the EFL Trophy. Meanwhile, McNeill is an U21 regular, and scored in that fixture.

The striker is also rather well-known among Red Devils fans as a result of his incredible goal record at youth level. McNeill scored 600 goals in the junior ranks at Man City before joining their rivals in 2020.

Most excitingly, though, the trio’s involvement in training could signal some potential first-team appearances in the Europa League. However, none of them are named in United’s 25-man squad for the competition.

But that is not the be-all-and-end-all. McNeill, Mainoo, and Fredericson are all in the Red Devils’ “B-list” for the competition. These are players born after 1 January 2001 who have been at their club for at least two years.

B-list players can be added to squads on a match-by-match basis, so the trio of starlets may still get to play.

With this in mind, who do Man United face in their Europa League group this season?

In Group E, United kick-off their European campaign at home to Real Sociedad. Then, one week later, they are on their travels to face Sheriff Tiraspol.

Many football fans may remember Sheriff as the team that beat eventual champs Real Madrid in last year’s UCL group stage. So, they may prove a tough test for Erik ten Hag’s side.

Finally, the last team in Man United’s UEL group is Cypriot side Omonia Nicosia. Interestingly, former Celtic manager Neil Lennon is in charge of Omonia, who qualified for the group stages by beating Gent.

Thanks to the hectic fixture schedule, the early phase of the tournament takes place across just eight weeks. Therefore, Ten Hag will want his side to hit the ground running with a win over Sociedad tonight.