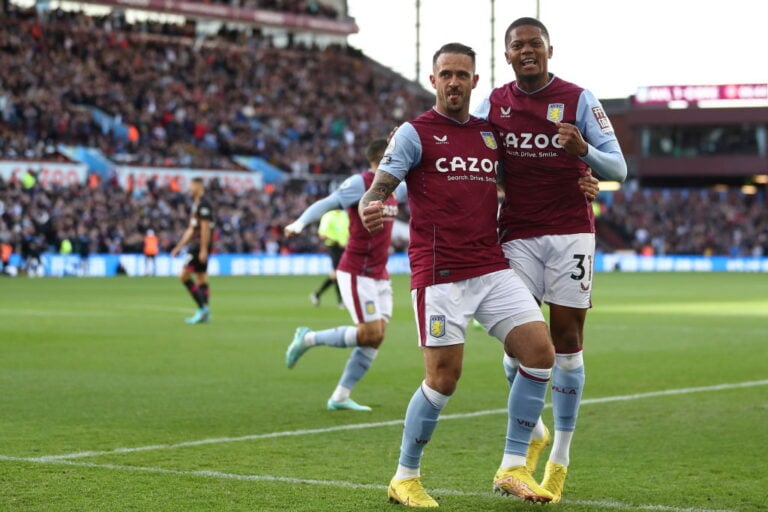 Reports have emerged that a former Manchester City captain is currently being considered for the vacant manager role at Aston Villa.

The midlands club are on the lookout for a new coach after sacking Steven Gerrard last week. A dismal run of form resulted in Gerrard’s dismissal an hour after Villa’s 3-0 defeat at Fulham.

As a result, the Villains are considering a number of different coaches from around Europe. And, per Football Insider, the Premier League side are weighing up a move for Burnley boss Vincent Kompany.

Following his retirement in 2020, the Man City legend turned to coaching, becoming manager of Belgian giants Anderlecht. He stayed there for two years before Burnley appointed him as their head coach in June 2022.

This season, Kompany has impressed by leading the Lancashire side to a solid start in the Championship. After 16 games, Burnley sit third in the table, just a point from the top.

However, the Belgian may not see Burnley all the way back to the topflight if speculation surrounding a change of scenery comes true.

Sources at Football Insider suggest that Villa may hold preliminary discussions with Kompany in the coming days. As a natural leader of teams, the club board believes that the ex-Man City player could help Villa leap up the Premier League table.

But Vincent Kompany is not the only candidate. According to the Daily Mail, Sporting Lisbon manager Ruben Amorim is a front-runner for the Aston Villa role.

Additionally, Amorim’s release clause from the Portuguese club is a lot less than anticipated, at just £10 million. Initial reports suggested that Villa may have to fork out nearly £30 million if they wanted Amorim as their new boss.

Meanwhile, bookmakers currently have Villarreal boss Unai Emery as their favourite to take the hot seat. Although the Spaniard has achieved success with Villarreal, he did not enjoy his last Premier League spell at Arsenal.

Amongst all the talk of new faces, though, interim boss Aaron Danks may have thrown his hat into the ring following an impressive team display on the weekend.

Just one game after Gerrard’s dismissal, a ruthless Aston Villa looked revitalised as they demolished Brentford 4-0.

The hosts found themselves 3-0 up after just 15 minutes. Leon Bailey opened the scoring two minutes into the match with a smart finish from a short corner. Danny Ings then scored twice to give Villa a blistering start in Aaron Danks’ first game in charge.

With this early lead, Danks also earned himself a Premier League record. Per Opta Stats on Twitter, a 3-0 lead in 14 minutes is the earliest a side has taken such an advantage in their manager’s debut in Premier League history. Speedy stuff indeed.

Aston Villa carried their three-goal advantage into half-time as Brentford failed to make an impression on the game. Ollie Watkins then added a fourth in the second half, giving Villa their third win of the season.