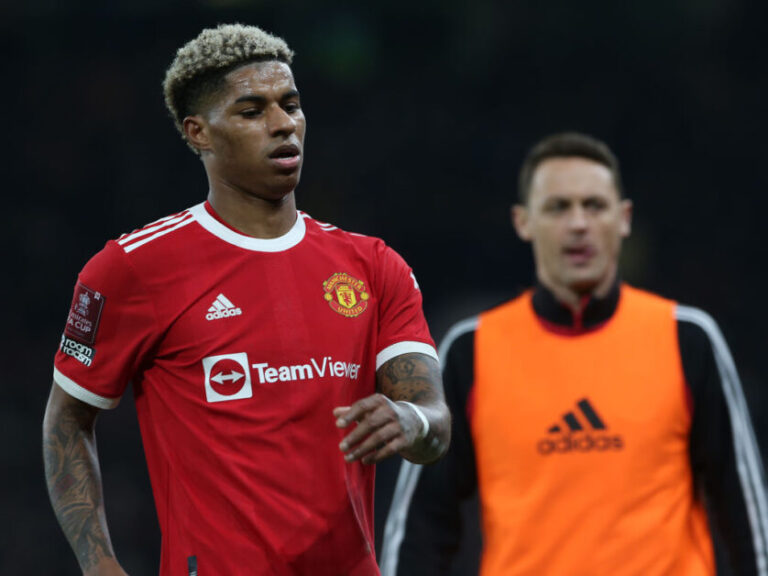 Marcus Rashford’s form has been a point of discussion all season long.

The English winger was heavily criticised for his performance in Manchester United’s 1-0 win against Aston Villa in the FA Cup. Rashford lost ten of his 13 duels and completed only 17 accurate passes in 86 minutes played.

Rashford’s lacklustre display was perfectly encapsulated by his reluctance to run for a loose ball after a clumsy save from Emiliano Martinez.

The forward has failed to deliver this season, with only three goals and one assist across all competitions. Last year, he was one of United’s most important players, finishing the season with 21 goals and 15 assists.

A staple of Manchester United’s starting XIs since his breakthrough 2017-18 season, Rashford made the leap from promising youngster to established star two years ago, with 17 goals and nine assists in 31 Premier League games.

What has caused the decline in Marcus Rashford’s form?

Football fans will always be quick to turn on players when things don’t go their way.

Up until last summer, Marcus Rashford was one of the world’s most celebrated footballers. His campaigning for free school meals during the pandemic showcased his humanity and commitment to his roots.

But things started spiralling downward after his missed penalty against Italy in the Euro 2020 final. Rashford was left to deal with the psychological effects of verbal abuse, including deplorable racist outbursts and the defacing of his mural in his native Withington.

Once the Euros ended, Rashford didn’t even have football to lean on for support. After two years of persistent pain, the winger underwent shoulder surgery in early August.

He only returned to training on 11 October, making his season debut in a disappointing 4-2 loss against Leicester.

United’s lousy season hasn’t helped Rashford to regain his form. With no consistency and togetherness whatsoever, the Red Devils are far from the perfect team for a player to join after serious surgery.

Three months after his return, Rashford has not recovered automatic starter status in United’s starting XI.

Some of his sceptics blame his off-the-pitch commitments for his poor form, while others claim that the pressure after his penalty miss has affected him. More prosaic fans claim that Rashford’s shoulder injury is the main guilty party here.

And then there’s Steve McClaren, who believes that it is all an attitude problem.

The former United assistant manager is the latest pundit to slam the body language of a United player. However, McClaren insists that Rashford’s case is different from Ronaldo’s or Fernandes.

Claiming that Rashford’s attitude problem has lingered throughout his career, McClaren expressed his concern for the 24-year-old.

He told TalkSport: “Body language is so, so important and that was the criticism of United players in the last few weeks, but Rashford has probably had this problem throughout his career in terms of questioning his attitude.”

McClaren called for United to offer professional help for Rashford. However, the player needs to take the first step and admit that his demeanour needs to change.

McClaren continued: “The help is there in modern football. He’s got the talent and the ability. He’s brought in a sports psychologist, but a player needs to admit first that he’s in the wrong, has a bad attitude and needs help.”

One thing is clear: Manchester United need Marcus Rashford’s form to improve if they are to compete for silverware.