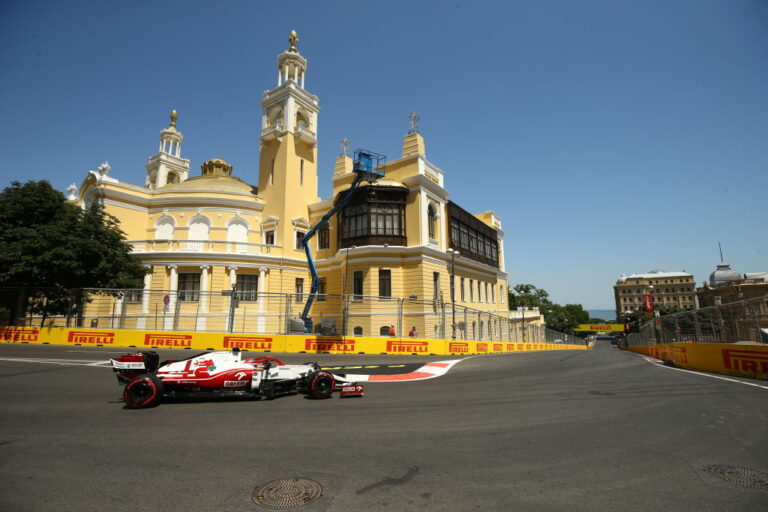 What is the UK start time of the Azerbaijan Grand Prix? Find out here what time the race in Baku begins, and where you can watch it.

This weekend, drivers will carry out three practice sessions in the build-up to the race on Sunday. The Drivers’ Championship is hotting up.

Red Bull’s Max Verstappen leads the Drivers’ Championship standings after seven races. He has 125 points. Ferrari’s Charles Leclerc trails him in second, having picked up 116 points.

Following his victory in Monaco last time out, Verstappen’s Red Bull teammate Sergio Perez has closed the gap to Leclerc to only six points.

All four drivers will be looking to continue their form in Baku. For Leclerc in particular, finishing above both Verstappen and Perez is paramount.

What is the Azerbaijan Grand Prix UK start time?

The race is on Sunday, June 12, and is scheduled to begin at 12pm BST. Given the size of the track and the number of laps drivers will be completing, the race is expected to conclude at around 2pm.

How to watch the Azerbaijan Grand Prix

In the UK, the only broadcaster of Formula 1 is Sky Sports. You can live stream through NOW TV too.

The race will be broadcast on Sky Sports F1, and this channel can be added as part of the Sky Sports channels for £20 a month for new customers.

Sky Sports is also available on NOW TV with a one-off day payment of £11.98. You can also purchase a Sport Month Membership for a fee of £33.99, with this subscription auto-renewing every month at the same cost unless you decide to cancel.

As with every race to date this season, Channel 4 will be showing highlights of both qualifying and the race itself.

You can also access the highlights on the Formula 1 YouTube channel, which will be uploaded on the evening of the race.