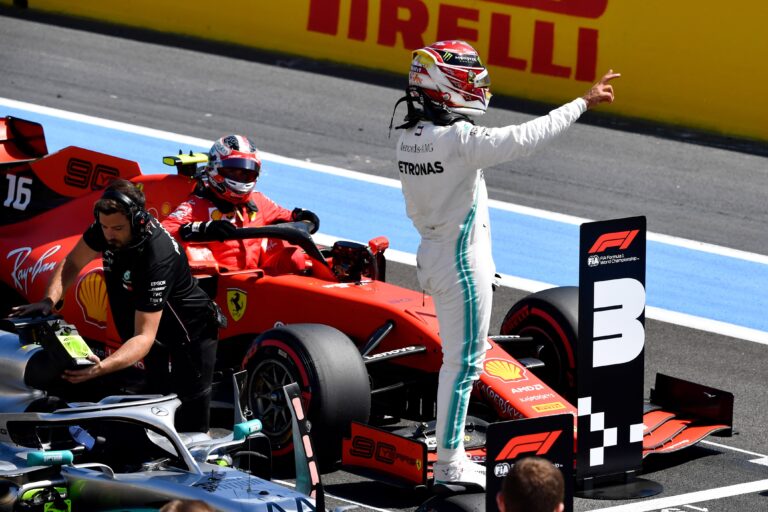 Stefano Domenicali has said that Ferrari attempted to sign Lewis Hamilton whilst he was team principal of the Italian team.

Domenicali, who currently serves as the Chief Executive Officer of the Formula One Group, led Ferrari between 2008 and 2014.

During that time, the Scuderia won the Constructors’ Championship in 2008, whilst drivers Felipe Massa (once) and Fernando Alonso (twice) finished as runners-up in the Drivers’ Championship.

A total of five full-time drivers raced for Ferrari under Domenicali’s stewardship. Massa, Alonso and Kimi Raikkonen all drove for the outfit over a number of seasons, whilst Giancarlo Fisichella signed a contract to fill in for Massa after the Brazilian suffered a head injury in mid-2009.

That number could have risen to four if the team had managed to convince Hamilton to join Ferrari.

Domenicali told Sky Sports: “To be honest, yes. This is true. We’ve discussed that [trying to sign Hamilton].

“I think the answer that Lewis was able to give is the right one. Today, I think that period has passed.

“There is a movie that for me sometimes is very important to remember, ‘Sliding Doors’. There are moments where if you don’t get into an elevator, you stay on the floor.

“I don’t know. That was the situation that Lewis lived in that specific time of his life. I think that [we] cannot blame his choice, at least, because he did an incredible career.”

Hamilton began his Formula 1 career in 2007 with McLaren, winning his first world title a year later.

His time at the British outfit came to a close when, in September 2012, he announced he would be joining Mercedes from 2013.

With the Silver Arrows, Hamilton has won a further six world titles and became the first F1 driver ever to record 100 wins after winning the Russian Grand Prix in Sochi last month.

Ferrari have not secured an F1 victory since Charles Leclerc won the 2019 edition of the Italian Grand Prix.

Hamilton on not joining Ferrari

When asked about why a move to Ferrari had never materialised, Hamilton told Sky Sports in Italy: “For everyone that’s a dream position to be in. It was just never really fully on the cards for me.

“I’ll never know fully exactly why, but I wish them all the best and I’m going to spend the next bit of my time stopping them from winning the championship!”